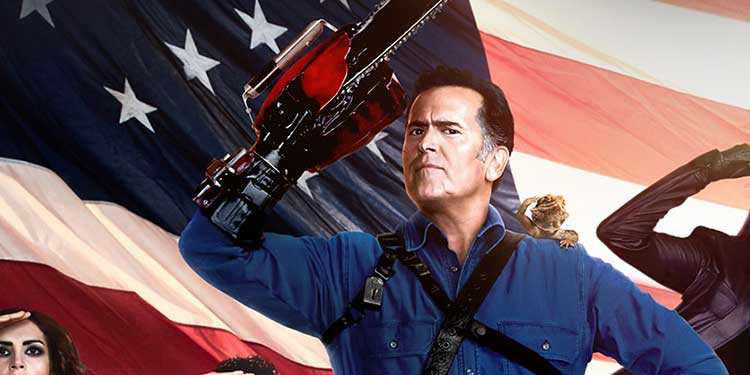 Ash is having a great time in Jacksonville, but strange things are afoot in Elk Grove, Michigan. STARZ released a look at the second season that debuts on October 2nd.