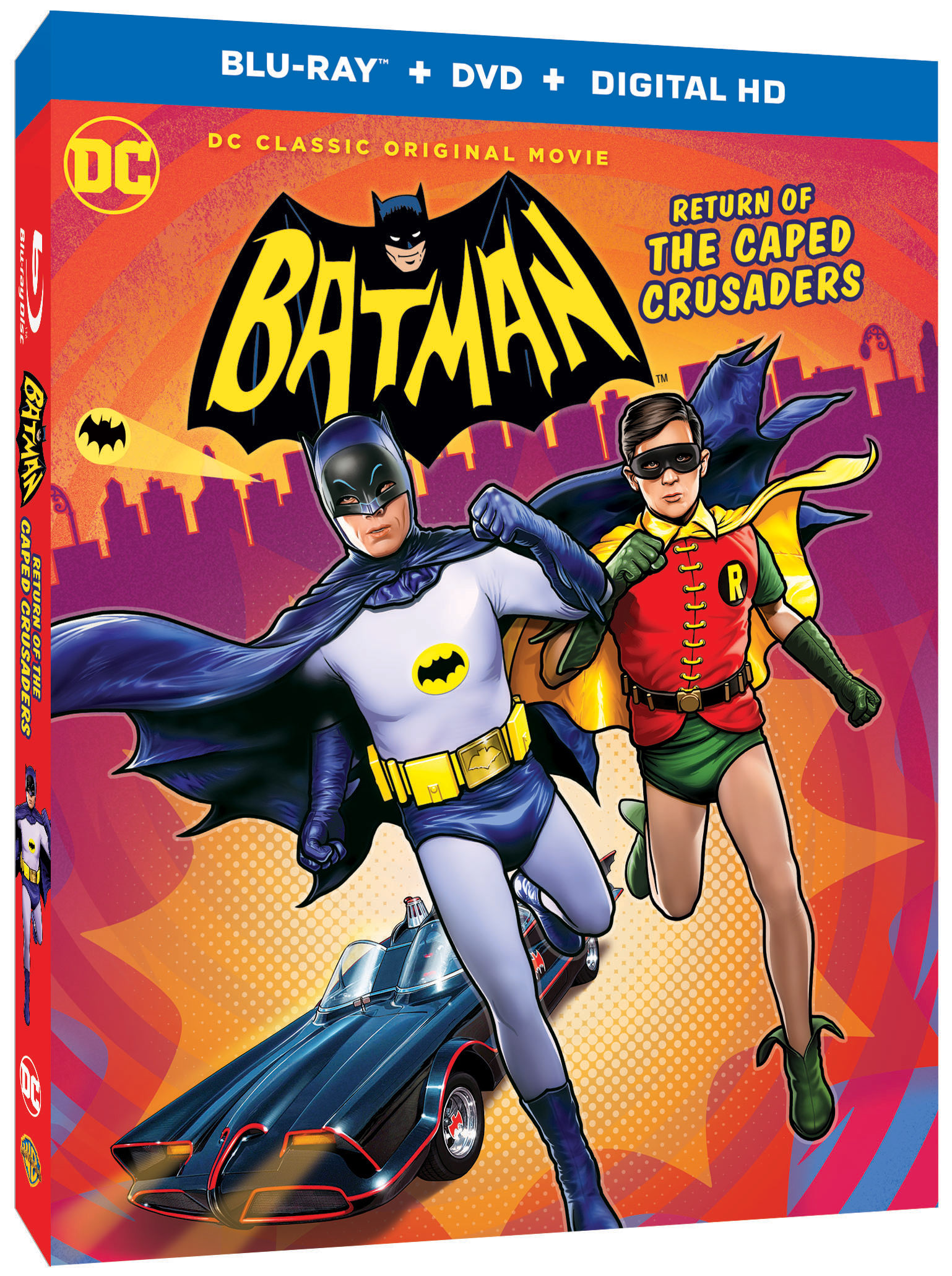 Warner Bros. Home Entertainment is bringing a lighter version of Batman to the small screen with the November release of Batman: Return of the Caped Crusaders, that will feature the voice acting skills of Burt Ward, Julie Newmar, and Adam West!

It’s back to the 1960s as Batman and Robin spring into action when Gotham City is threatened by a quartet of Batman’s most fiendish foes – Penguin, The Joker, Riddler and Catwoman. The four Super-Villains have combined their wicked talents to hatch a plot so nefarious that the Dynamic Duo will need to go to outer space (and back) to foil their arch enemies and restore order in Gotham City. It’s a truly fantastic adventure that will pit good against evil, good against good, evil against evil … and feature two words that exponentially raise the stakes for both sides: Replicator Ray. Holy Multiplication Tables!

Warner Bros. Animation and DC Entertainment take Batman fans on a journey into the iconic past with the full-length animated Batman feature film – Batman: Re…

Who is excited about this movie? I think the movie will do quite well, and will be a great indicator of the desire for less dark and gritty flicks.