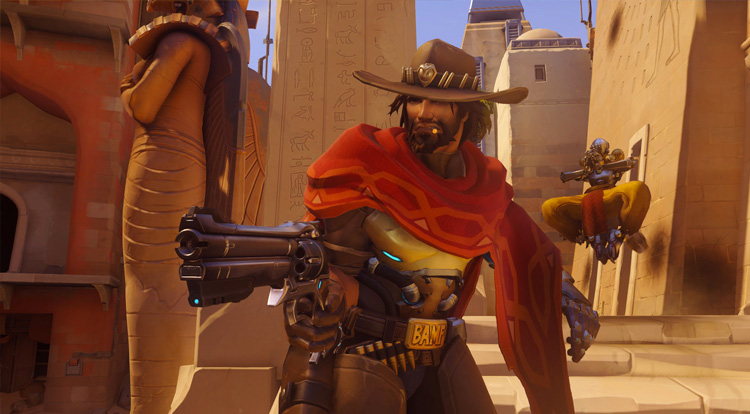 Over a month of Overwatch play ended at the Atlantic Showdown at GamesCom, featuring two upsets no one was expecting.

EnVyUs was considered just by nearly everyone following the Overwatch scene to be the best team in the world, featuring a win streak that stretched all the way back to June. They are also the only team in Overwatch that has a gaming house seemingly giving them even more of an advantage over the field, but the tournament favorite could only make it to the semi-finals as Rogue took them out 2-3.

After that upset shook the Overwatch world, Fnatic was a favorite to swiftly beat Reunited, but that story didn’t unfold either. Reunited quickly took down the match favorite 3-1, setting the Grand Final that no one saw coming.

It was clear after the rounds on Saturday and early Sunday morning there were three players to keep your eyes on during the Grand Finals: Rogue’s AKM and TviQ and Reunited’s Kyb. All three players play the big three attack characters in Overwatch: McCree, Genji, and Reaper. Their ability to rip through the other team with multiple multi-kills each round is unbelievable to watch at times and brought about huge cheers from the crowd.

A New Overwatch Champ Is Crowned

Rogue came out strong taking the first game looking strong coming off the EnVyUs upset. Reunited rallied fast and took an incredible overtime King of the Hill at Ilios right under Rogue then swiftly took the next round to even the best of 5 series up at 1:1.

Both teams were running nearly identical hero lineups each round, sticking to the current meta of near 100% play of Zennyata and Lucio. Genji and McCree were also featured heavily, being swapped out for Reaper when needed on maps and even for Hanzo during the Assault portion of King’s Row. Tanks from both teams were constantly rotated between Reinhardt, Zarya, and Winston.

Payload was the name of the game throughout the Grand Finals with both Rogue and Reunited making map choices leading to incredible tense rounds. Reunited continuing to pick payload might have been their downfall though as Rogue, while not able to stop Reunited from hitting all the checkpoints, did draw out their defense rounds to the very end. When it was Rogue’s round to push the payload on King’s Row, it proved too much for Reunited as Rogue was able to easily complete the map in a faster time to be crowned the Atlantic Showdown Champions.

ESL Overwatch on Twitter: “They’ve done it! @GoingRogueGG take it all the way to the very end!https://t.co/Jc7lOF4Ld4 pic.twitter.com/gbKe7CLW92 / Twitter”

The Future of Competitive Overwatch

It’s hard to overlook the possible setting of the Atlantic Showdown had on the players this weekend. Playing in front of a live crowd with the opposing team on the other side of the stage is quite different than the over month-long competition that brought the teams to Germany and led to close matches and big upsets. And that is exactly what the competitive Overwatch scene needed as many fans have commented in recent weeks of a stale meta with murmurs of about how that will affect the quality of future tournaments. But Overwatch is still a young game. Teams that have been on top for months were the same ones that have been playing since the Beta. Now that top players have been able to put months of gameplay under their belt, a big shake up has happened in the game. With a big new patch coming soon and BlizzCon around the corner,  tt definitely appears that Overwatch is a competitive scene to be following.