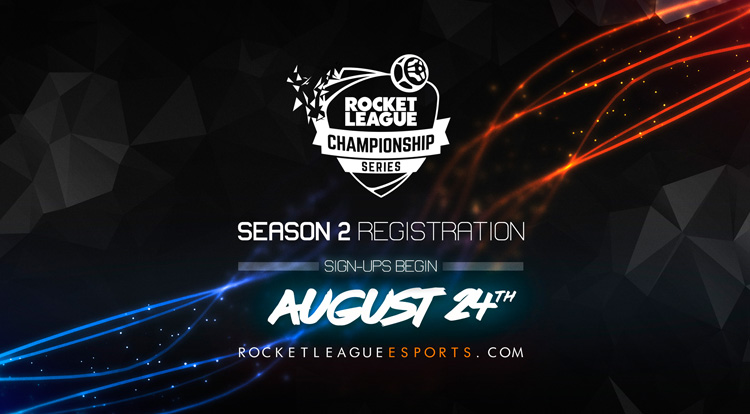 Officially announced today, Psyonix looks to continue to boost Rocket League towards the front of the esports scene with Season 2 of the RLCS by changing up the tournament structure and increasing the prize pool to $250,000.

Big Money on the Line

Psyonix’s goal is to squeeze in 4 seasons each year and to do that they are streamlining the play that we saw from season 1. Season 2 kicks off with the Open Qualifier again to find the top 8 teams from North America and Europe. Sorry Oceania, you have to sit this one out again. After two weeks of the Open, teams will have 4 weeks of round robin competition, with a mid-season classic worth $10,000 happening in the middle, to leave the top six teams from each region competing in the Regional Playoffs.

When the final brackets have been set, the four remaining teams from NA and EU will compete in the LAN Grand Finals until one team is crowned the Season 2 Champion after two days of play.

The $250,000 prize pool is a significant increase over the $75,000 that the RLCS paid out during Season 1 play, and it will be interesting to see if it brings more teams to the field. With no other games being like Rocket League in the rest of esports, it’s hard to imagine any player being able to pick up the game and be able to compete at the pro level in under a month. The competition was already intense and led to great matches throughout Season 1, so if the increase in money doesn’t bring new teams but only goes to teams we saw last season (and allows paschy90 to eat more Pizza Hut), I’m fine with that. A slight change to Season 2 that wasn’t highlighted in the official announcement is that Neo Tokyo will be available for play this time around. A portion of the RLCS series that isn’t shown during streams is that each team chooses which maps will be played by submitting choices before play begins. Neo Tokyo was introduced in the middle of Season 1, so it wasn’t eligible to be selected at any point during play.

The big question will be if any team will actually choose the two-tiered map. If a team were to practice heavily on Neo Tokyo it could prove to be an advantage for them since the sloped edges force a different play style not seen in any of the other arenas. I do hope that we see the map come into play, especially in later rounds, so that we can all see how the pro players handle the unique play it presents.

Registration begins for the Open Qualifier starts on August 24th with play starting on the weekend of September 10th.