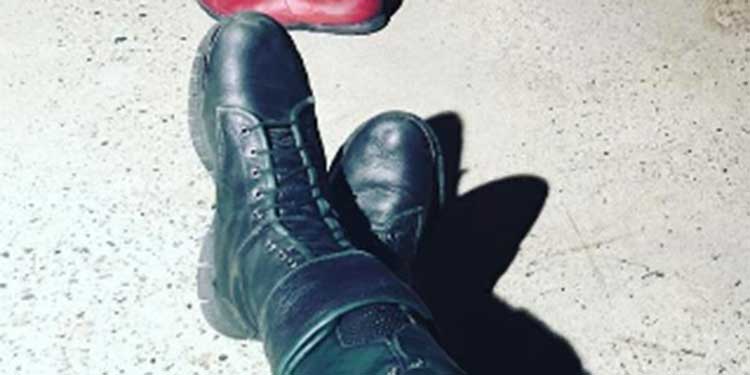 [Television] I love this BTS snap from Stephen Amell

During the new CW season, all four of the DC Comics shows will crossover in a massive story event. Will it concern Flashpoint? Will it be a world shattering event that will necessitate a character making the (whisper) ultimate sacrifice? Stephen Amell, who plays Green Arrow, shared a behind the scenes photo that may be the best teaser for the coming season of shows.

I don’t know how much of this is staged (probably all of it), but if it isn’t, and Amell captured this brilliant piece of publicity in the wild, he gets a lot of respect. Nothing says major crossover like seeing Arrow (Amell), Supergirl (Melissa Benoist), White Canary (Caity Lotz), Flash (Grant Gustin), and The Atom (Brandon Routh) in one shot. Using the feet only is the best touch.