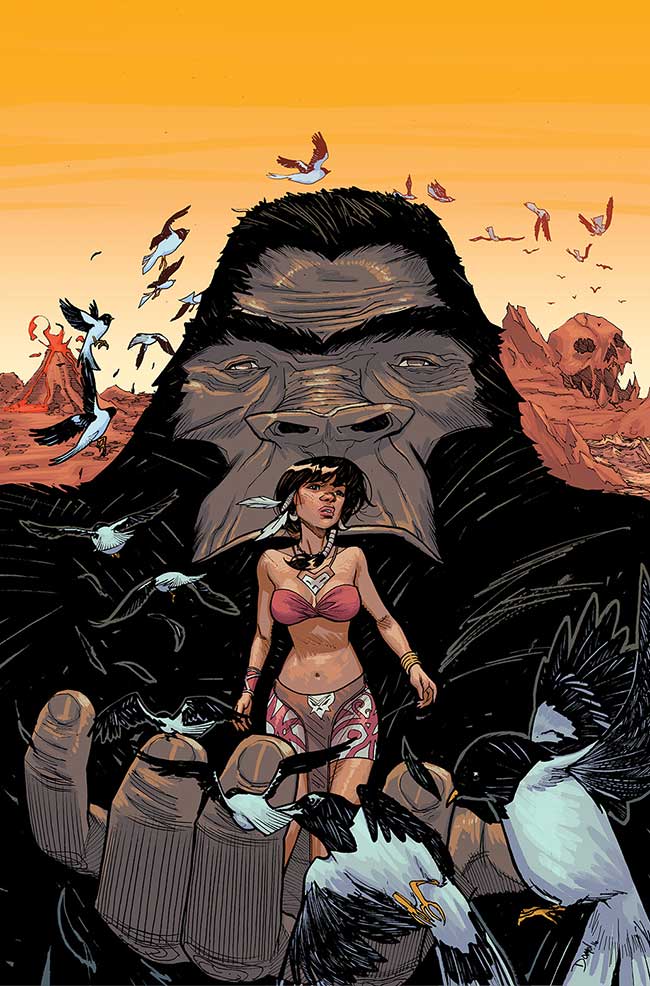 Award-winning comic book publisher BOOM! Studios is excited to announce it will exhibit at the 2016 Baltimore Comic-Con, which will take place at the Baltimore Convention Center in Baltimore, Maryland, during the weekend of September 2-4.

The publisher will have two convention exclusives available for purchase at its booth: Mighty Morphin Power Rangers #6 and Kong of Skull Island #1. Both covers are illustrated by Dominike “Domo” Stanton, who is a guest of Baltimore Comic-Con. In addition, the convention will have two BOOM! Studios exclusives available for sale at its merchandise booth: Jim Henson’s Labyrinth 30th Anniversary Special with a cover by Eric Powell, and Skybourne #1 by Frank Cho. Both artists are also guests of the convention. BOOM! will also host the following panels at Baltimore Comic-Con:

BOOM! Studios and its creators are nominated for 19 Harvey Awards, whose winners will be announced during a ceremony and banquet held during Baltimore Comic-Con on Saturday evening, September 3rd.