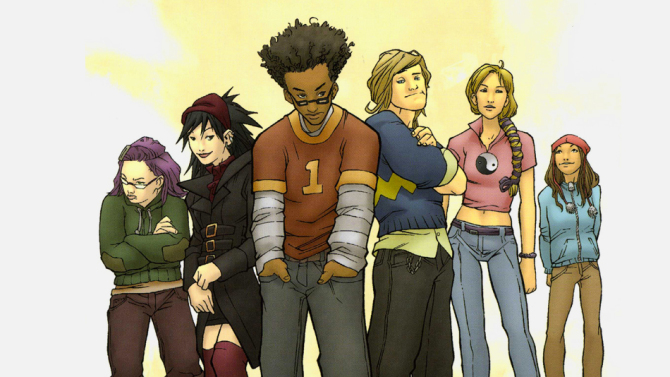 [Television] The Runaways is coming to Hulu!

While the Marvel/Netflix partnership has created a number of hit comic book adaptations, Marvel is now teaming with Hulu to bring The Runaways to the streaming service.

Based on Brian K. Vaughan and Adrian Alphona’s series by the same name, the story focuses on a group of teenagers who discover their parents are super villains. The teens runaway (get it?), and use their own powers to fight their parents.

The series is being produced by Gossip Girl creators Josh Schwartz and Stephanie Savage.

“I’m a long-time fan of ‘Runaways’ and couldn’t be more excited to bring Brian and Adrian’s characters to life,” said Schwartz. Savage added, “Josh and I can’t wait to get to work for Marvel and Hulu.”

But wait, Dear Reader, just because Hulu and Marvel are teaming, doesn’t mean this is a done deal yet. Hulu is waiting to greenlight the series until it gets a script and a pilot episode. Considering it is The Runaways, though – something that makes for great television – I think this will make it to series.

We’ll find out more when Marvel and Hulu make a full announcement.