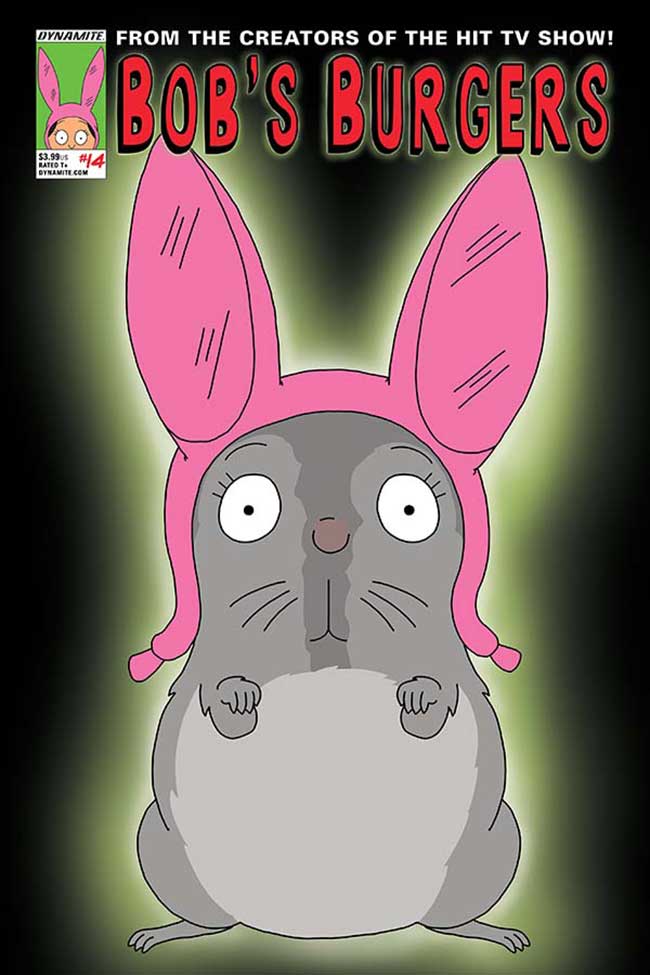 Bob’s Burgers Ongoing #14
writer: Jeff Drake
artist: Frank Forte, Edward Rowan, Kimball Shirley
covers: Tony Gennaro (a), Jack Herzog (b)
Fans & retailers, order the cover of your choice!
FC • 32 pages • $3.99 • Teen+
The Bob’s Burgers comic book delivers the second serving of its one-story issues when Louise’s Unsolved Mysteries and Curious Curiosities Presents… Giant Chinchilla Girl! Louise invents a machine capable of teleportation – but when she decides to give it a spin herself, the outcome is a little fuzzy. Or in her case, furry. Everyone loves Bob’s Burgers, the fan-favorite animated sitcom that airs on Fox television with other hits such as The Simpsons and Family Guy!