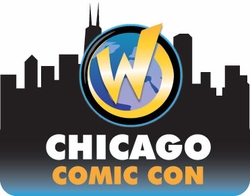 On Saturday, Wizard World Comic Con Chicago will host a series of Pokémon GO meet ups and events within its popular and growing Gaming area. The events will be an exciting new facet of Wizard World’s largest and longest-running pop culture convention, set for Thursday through Sunday at the Donald E. Stephens Convention Center.

Wizard World will be the first major convention to provide meet-ups and specific events for Pokémon GO players. Beyond presenting a meeting space, Wizard World Chicago will be sponsoring three Pokémon Trainer Team based meet ups, complete with exciting raffles with prizes and other opportunities for Pokémon fans.

Located in the XP Lounge (on the second floor), Pokémon fans will be able to hang out with fellow Team Valor, Team Mystic, and Team Instinct members!

Pokémon Fan will be able to swap tips, plan local Gym takeovers, win prizes and share in the experience of meeting like-minded people through this unprecedented social mobile game.

Times are as follows:

Video games, be they computer based, console, or mobile, have always been a great way to bring people together. The mobile “Pokémon GO” game has brought this to a whole new level, inspiring people to exercise together, communicate with other and make new friends beyond their screens. Wizard World Comics Cons will continue to promote and encourage this at all of its pop culture lifestyle conventions around the US, now and in the future.