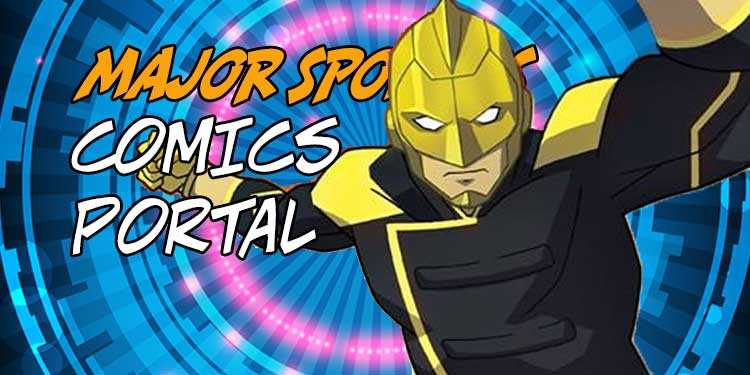 I read with interest that CW Seed is going to have the first TV show, albeit an animated one, that features  a gay lead hero, The Ray. They’ve had quite a bit of success with Vixen, an African-American female hero, so I’m happy to see them moving in this direction as well.

DIVERSITY COMING TO THE FOREFRONT As the population in the United States and other countries around the world becomes more diverse, it makes sense to have our comics reflect that.

There have been several gay characters in comics, including Iceman and Colossus from the X-Men, Batwoman, Spider-Woman, Northstar (who was married in a big event at Marvel), Hulkling and Wiccan from the Young Avengers, Renee Montoya, Alan Scott/Green Lantern, Obsidian, Pied Piper, Karma, Daken, Mystique and Destiny. I’ve seen lists that number up to 63 gay comics characters.

I’m fascinated that many of them appear in pairs, like Mystique and Destiny, Phyla-Vell and Moondragon, Wiccan and Hulkling. Is it “safer” that way? If they’re already a couple, it seems to avoid what some would consider “uncomfortable situations” with gay and straight characters.

We’ve seen African-American heroes more and more, and some existing ones have been getting more of the limelight. Sam Wilson is now a Captain America, Ultimate Spider-Man has moved to the main Marvel Universe, Mister Terrific and Static Shock had their own comics for a time. Static’s new series will be out soon, by the way!

I still have a distaste for moving people of color or of various sexual orientations into existing heroic identities. I also don’t care for making a character who hasn’t been gay for decades suddenly coming out, as it were. Can we make NEW heroes that reflect their own experiences instead of what some refer to as “hijacking” longtime superhero names/franchises? I mean, I don’t know how to do that, but I enjoy it when something like Legend of the Mantamaji comes along, which reflects more diversity. (I highly recommend that series of graphic novels, by the way.) I’d like to see more Hispanic characters, honestly!

WHAT DIFFERENCE WILL IT MAKE? I remember when rumors circulated about a certain baseball player who had been seen in gay bars after games. Some folks were really upset, but all I cared about was how he played on the baseball diamond. What he does off the field doesn’t matter to me.

I find myself wondering, what difference will it make that The Ray is a gay character? What will matter will be the storytelling – if the stories shine, I won’t care a bit. And with “uber-producer” Greg Berlanti involved, I’m extremely confident that they will. His DC superhero offerings have really sparkled, in my opinion. We already have gay characters in The Flash and Arrow, after all. They’ve hardly made a blip on the radar.

But is that a good or bad thing? Should they be more “out,” get more attention, as it were? Be more visible? Some folks online I read say that they should, that being more focused on would help influence our society, especially possibly move those who are uncomfortable with homosexuality.

To me, it’s all the story – I’m happy with what has been happening, think it’s a normal, developing pattern that we’ll get more and more comfortable with as it goes on. But please tell me a gripping tale for sure!

There’s one group I’m aware of that doesn’t get a lot of attention, and that’s people who are bisexual – attracted to both genders. The most important one I know of is Captain Jack Harkness from Doctor Who and Torchwood. He was called “omnisexual,” drawn to just about everyone, apparently.

Again, I don’t want this to be a main part of the story unless it needs to be. But it seems that bisexuality remains where homosexuality was about a decade ago – pretty much in the shadows.

It was really intriguing to watch the reaction when James Tynion IV told people he was bisexual not that long ago. It didn’t seem to cause any problems, and his Detective Comics is one of the best DC Rebirth titles going. He’s written many other successful stories, including the Batman/TMNT crossover and many Batman tales.

I one time heard someone say that they thought it was best to reach a place where, like many young children, we don’t notice differences in race, gender and sexual orientation, among other things. We just notice people for being, well, people.

I watch kids playing, and they often don’t notice that a playmate is of a different race. They’re “unconscious” to that, as one person put it.

In this crazy election cycle, I often think we spend too much time on where we disagree instead of where we agree. But what do I know?

Given how much I loved Vixen, I’m looking forward to The Ray, expecting great storytelling and excellent animation. That it will likely tie into what some are calling “The DCW” superhero shows will be a treat for me! Will DC follow up and give these heroes their own titles? I hope so – I’d buy them!

Please be civil in your responses, but what is your reaction to The Ray being the first gay lead character in a show? Share your thoughts below!