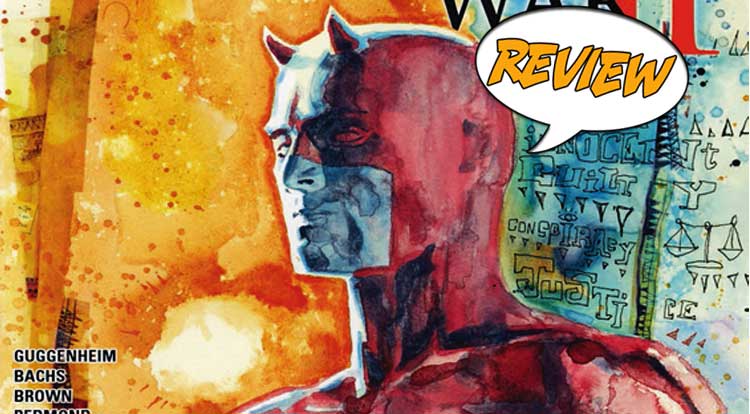 A shocking murder, an unexpected defendant, and Daredevil for the prosecution!  Your Major Spoilers review of Civil War II: The Accused #1 awaits! Previously in Civil War II: “A battle is raging with nothing less than the future at stake.  The emergence of a new Inhuman, Ulysses, with the power to see the future, has divided the world’s superheroes.  Ulysses had a vision of Bruce Banner losing control and becoming The Incredible Hulk, leading to much death and destruction.

Aiming to prevent this terrible course of events, Carol Danvers and tony Stark led a contingent of super heroes to Banner’s secret laboratory in Utah.  When confronted, Banner appeared to lose his temper and was shot dead by Clint Barton, aka Hawkeye, who claims he was acting on Banner’s instructions…”

THE PROBLEM WITH “REALISM”

The original Civil War built upon a schism between Captain America and Iron Man that broke down to the difference between treating superheroes as the equivalent of police officers and continuing to allow them to act as vigilantes.  While the execution wasn’t really memorable, the conflict was at least accessible.  Not so Civil War II, where suddenly the idea of precognition is unheard in the Marvel Universe and the heroes are torn by a much more nebulous concept.  This issue comes from the perspective of Matt Murdock, who has been out of the loop rebuilding his life and law profession, but has been assigned as the prosecutor in the trial of Clint Barton.  There’s little of the life and intelligence that we see in his solo story, as Daredevil spends the first half of the issue clearly being manipulated by unseen forces, and only comes to his senses when Hawkeye’s lawyer points it out to him…

NOT A WHIT OF SUBTLETY

There are two big moments that make Matt Murdock’s case in this issue:  Importantly for this narrative, both take place while he is wearing his Daredevil uniform and both are illegal.  Once he has discovered the truth, though, Matt changes his line of defense, but thanks to threats from his co-counsel (also unlawful), he hits Hawkeye hard in his cross-examination.  When everything shakes out, we get a strong character moment between Clint and Matt right before the reveal of the verdict and the big drama moment of the issue.  The art team this issue seems to be aping the style of Daredevil’s current book, but it never quite gels for me.  There’s a scratchiness about the faces in this issue that makes everyone’s expression utterly inscrutable, which really works against a story that features so much courtroom talking head action.

THE BOTTOM LINE: WHY IS THIS A SEPARATE CHAPTER?

The biggest question of this issue, of course, is why it doesn’t take place within the actual Civil War II series, since it’s a big part of the main storyline for the entire crossover, but I suppose that’s a battle you can’t help but lose, as Marvel’s one-shot strategy has been in place for decades now.  All in all, Civil War II: The Accused #1 delivers some okay art with a really obvious and awkward plot, featuring page after page of courtroom scenes that feel like broad parody, earning a quite disappointing 2 out of 5 stars overall.  In the most general terms, this issue’s events are quite dramatic and should lead to interesting drama, but the execution (and especially the writing) just aren’t up to snuff.

Ham-fisted and awkward, with an ending that was super-telegraphed, reminding me of the downside of crossovers...