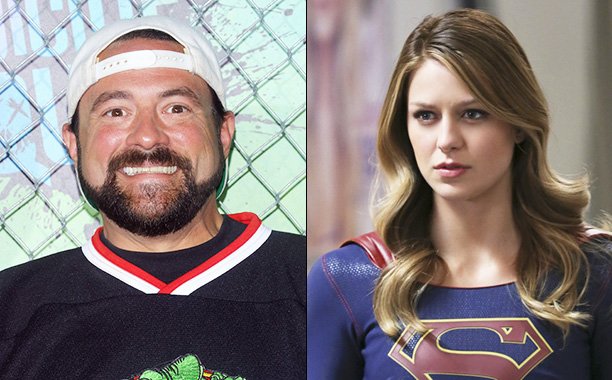 Kevin Smith was head over heals last season when he directed an episode of The Flash for The CW. On his podcasts, he’s gushed about wanting to direct more DC television series, and he’s getting his wish as he will take on Supergirl and Flash in their new seasons.

During the TCA Press Tour, the CW announced Kevin Smith will not only direct an episode of The Flash in season 3, but he will also take on Supergirl in season 2.

You will believe a man can cry! Cannot wait to direct an ep of @TheCWSupergirl! Thank you @GBerlanti & @AJKreisberg! https://t.co/WMHnkItj5J

At the moment, there is no word on what Supergirl episode Smith will direct, but he is already confirmed to direct episode seven of The Flash.

Supergirl returns on October 10th, while The Flash races back to the small screen on October 4th.

Smith’s “The Runaway Dinosaur” episode for The Flash was one of the highlights last season, and brought in 3.48 million viewers.