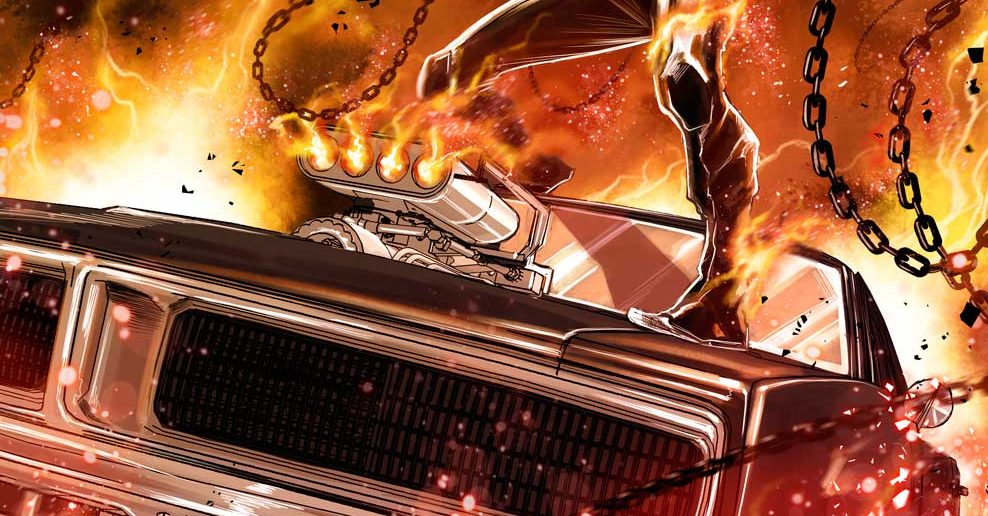 [Solicitations] New Ghost Rider series on the way (because, television)

With the announcement that Ghost Rider will be a part of the next season of Marvel’s Agents of S.H.I.E.L.D. on ABC, it makes perfect sense for the character to return to the comic book page.

Marvel is bringing back Robbie Reyes co-creator Felipe Smith to write the series, with artist Danilo Beyruth along for the ride.

A bizarre object has been discovered in Southern California and the mystery behind it has lead Amadeus Cho, the Totally Awesome Hulk, to Ghost Rider’s backyard! What chaos will be unleashed when this jade genius comes face-to-face with the ultimate speed demon? And what other guest star is around the corner?

During the San Diego Comic Con panel, it was announced Robbie Reyes, Ghost Rider would be coming to the S.H.I.E.L.D. series this fall. In addition to the announcement, Marvel unveiled Ghost Rider’s muscle car, and introduced Gabriel Luna as the Marvel Cinematic Universe Ghost Rider.

Ghost Rider #1 arrives in November, while the fourth season of Marvel’s Agents of S.H.I.E.L.D. is set to debut on September 20th on ABC.