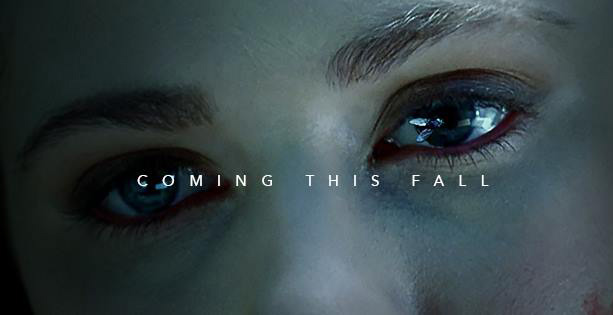 Plagued by production issues, storyline kept under wraps, and growing anticipation by fans of the original books and movie, HBO’s ten-episode Westworld will finally arrive on October 2nd.

In a press release, HBO shared descriptions of the characters from the series.

Among WESTWORLD’s main players are: Dr. Robert Ford (Anthony Hopkins), the brilliant, taciturn and complicated creative director, chief programmer and founder of Westworld, who has an uncompromising creative vision for the park. The Man in Black (Ed Harris) is the distillation of pure villainy into one man. Dolores Abernathy (Evan Rachel Wood) is a provincial, beautiful and kind rancher’s daughter, who begins to discover that her entire idyllic existence is an elaborately constructed lie.

Teddy Flood (James Marsden), a new arrival to a small frontier town, quickly proves both his charm and talent with a revolver. Beautiful, razor-sharp madam Maeve Millay (Thandie Newton) has a genius for reading people and a knack for survival, but her seen-it-all-before worldview is about to be challenged. Bernard Lowe (Jeffrey Wright) is the brilliant and quixotic head of the park’s Programming Division, whose keen observation of human nature provides him with boundless inspiration for his life’s work: creating artificial people.

Charlotte Hale (Tessa Thompson) is a mysterious and savvy provocateur with a unique perspective on Westworld. Theresa Cullen (Sidse Babett Knudsen), Westworld’s head of Quality Assurance, is responsible for keeping the park from sliding into unscripted chaos. A first-time visitor, William (Jimmi Simpson) is initially wary of the park’s more lascivious attractions, but slowly uncovers a deeper meaning.

Hector Escaton (Rodrigo Santoro), Westworld’s perennial “most wanted” bandit, subscribes to the theory that the West is a wild place, and the only way to survive is to embrace the role of predator. Elsie Hughes (Shannon Woodward), a sardonic rising star in the Behavior Department, is charged with diagnosing the odd quirks of behavior in the park’s hosts. Armistice (Ingrid Bolsø Berdal) is a savage fighter and brutal bandit, whose ruthlessness is surpassed only by her abiding loyalty to her fellow outlaws.

Logan (Ben Barnes) is a veteran guest whose hedonistic romp through the park is equally motivated by self-indulgence and a desire to help his friend, William. Lee Sizemore (Simon Quarterman) is the head of Narrative, whose storylines tantalize the guests, while his temperament grates on his colleagues. Clementine Pennyfeather (Angela Sarafyan), one of Westworld’s most popular attractions, is perfectly beguiling, by design.

Stubbs (Luke Hemsworth) is the no-nonsense head of Security, charged with monitoring host and human interactions and ensuring the safety of the guests. Lawrence (Clifton Collins, Jr.), a charming but lethal outlaw, has a knack for maneuvering and negotiating the various criminal elements of Westworld.

Each episode will run one hour, and I can’t wait to see this series that, from what I hear, is on a paid subscription channel for a reason…

In a world catered to your indulgences, are consequences forfeit? Catch up on Westworld Season 1 now on HBO. Starring Evan Rachel Wood, Jeffrey Wright, and E…

As a kid, I remember seeing this several times as a young lad, and was terrified of the idea that unrelenting robots would stalk their creators – unstoppable killing machines. More than a few nights were spent pondering who among my friends were secretly robots in disguise, but not THOSE Robots in Disguise. I also wonder how much of an influence Westworld had on the Terminator concept.

via Ain’t it Cool News