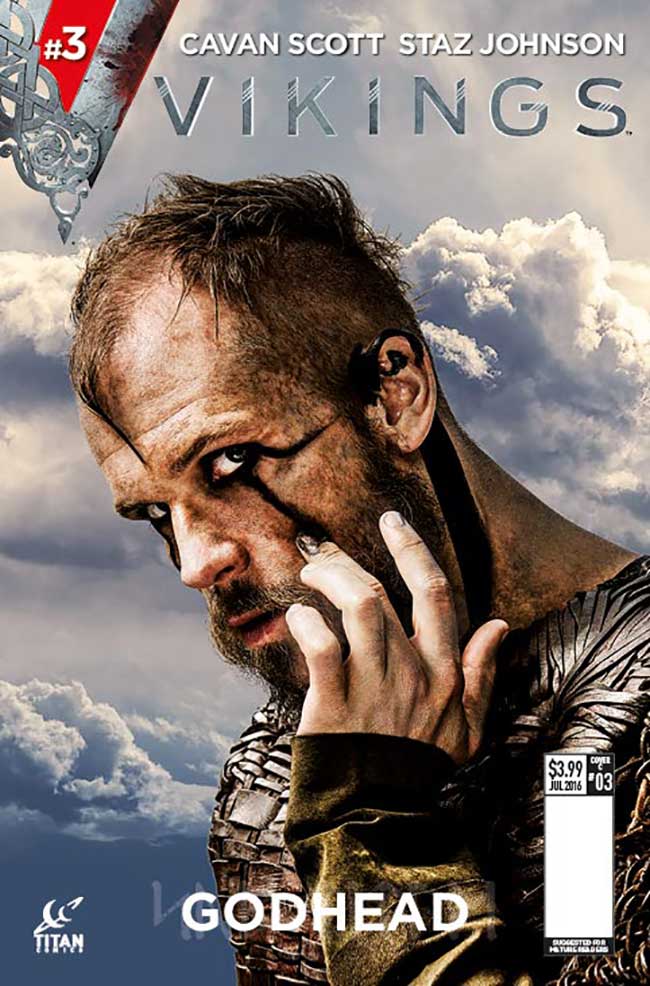 Here is a sneak peek of this week’s Vikings from Titan Comics.

VIKINGS #3
Writer: Cavan Scott
Artist: Staz Johnson
FC – $3.99 – 32pp
Viking vs viking! English king Ecbert has harnessed the power of Ragnar and his Vikings to unleash them against another band of norsemen harrying England’s South Coast. But as Ragnar leads his warriors into battle, their opponents are waiting for them…