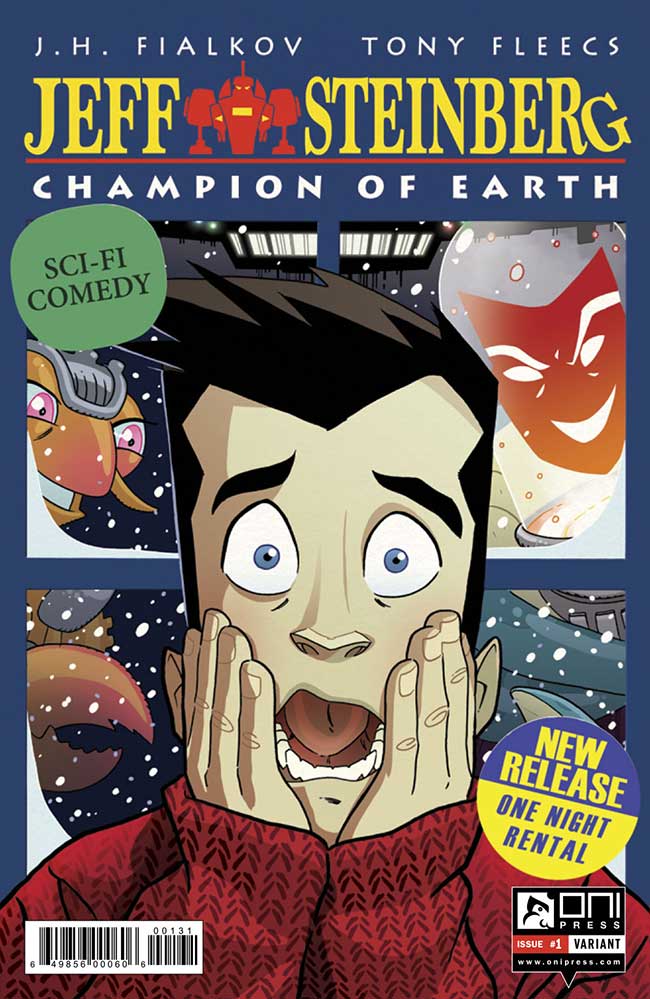 The first issue of Jeff Steinberg: Champion of Earth arrives in stores this week, and Oni Press has released a sneak peek of the issue, after the jump.

The double-sized debut issue of the new sci-fi-rom-com-dram-actioner from the writer of THE BUNKER and the artist of MY LITTLE PONY—wait, really? Okay. INVASION! Aliens are real. They’re here, they’re mean and they’re standing in judgement over the citizens of Earth. Final countdown. Representing humanity (by some fluke) is your boy Jeff Steinberg. Romantically challenged idiot, video store clerk, constipated, confused, distractible. In other words, the planet is totally doomed. Also, robots!