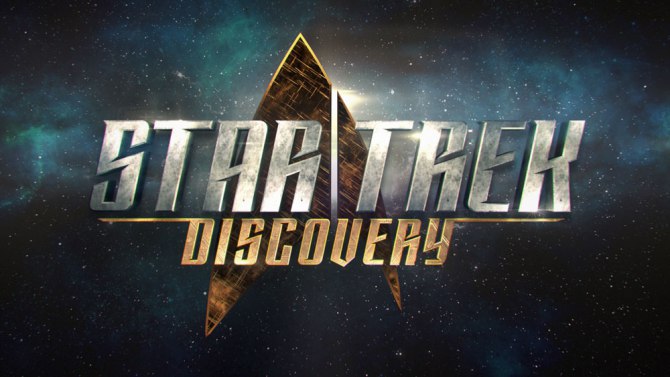 A number of us have been wondering what the title of the CBS Star Trek series would be, and during the Star Trek Comic-Con panel on Saturday, we got our answer.

Star Trek: Discovery was made by executive producer Bryan Fuller, and to add more to the excitement, the new ship was unveiled – The USS Discovery NCC-1031. What will be really interesting in the series is that it won’t be episodic storytelling, but rather told as you might read a novel. Because Star Trek: Discovery is going to be on the CBS All Access service, it seems like Fuller is suggesting the length of the episodes could change to meet the need of the story being told, and not commercial requirements.  We’ve seen this in the Marvel Netflix series, and again, done very well with the Stranger Things series in which some episodes are over 60 minutes and some are just over 30.

Revealed at Comic-Con 2016 by Executive Producer Bryan Fuller. Get a sneak peek of the newest ship in the Star Trek universe. The newest series, Star Trek: D…

Star Trek: Discovery takes flight on CBS in January, and then moves to the CBS All Access App for the US and Canada, and on Netflix for the rest of the world.