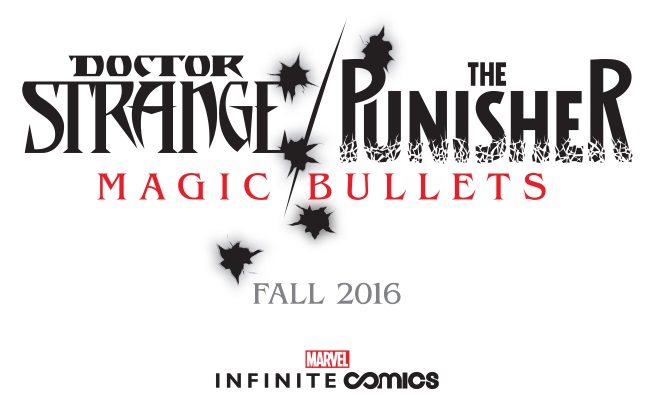 It seems weird that as soon as two characters become a big deal in the media, suddenly they are thrust together in a MAJOR CROSSOVER EVENT. We’ve seen it with Deadpool and Spider-Man, and now Doctor Strange and Punisher will feature in Magic Bullets.

In the series, Frank Castle goes up against a new crime boss that is a bit more powerful than anticipated, so he calls in the Sorcerer Supreme to help out.

Who wants to bet there is a disagreement between the two on how to deal out justice?