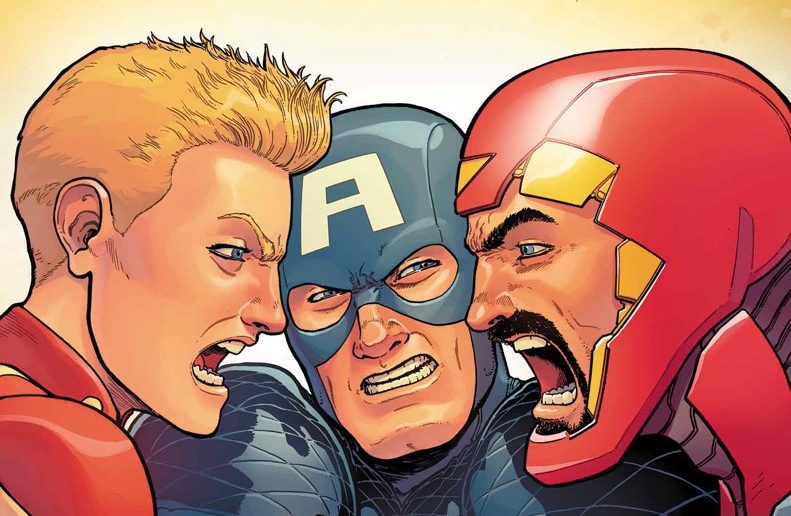 Marvel’s Civil War II had a shocking *SHOCKING* death in Civil War II #3, which means that was the big talk at the Civil War II Panel today at the San Diego Comic Con, right?

Here’s our summary of what went down at the panel:

“Kingpin at his heart is an opportunitst and a businessman, and when the heroes are playing with each other, he finds an incredible opportunity to reclaim his title of the Kingpin of Crime in New York,” Matthew Rosenberg said. “The Civil War stuff is a backdrop and ties into his plan of how this works… every supervillain is terrified during Civil War, and Kingpin finds out how to make this use how he wants.” Alonso added, “Kingpin is going to be huge in the next couple of years, so keep your eye out on him.”

What did we miss? Use the comment section to sound off!

via Newsarama and Bleeding Cool