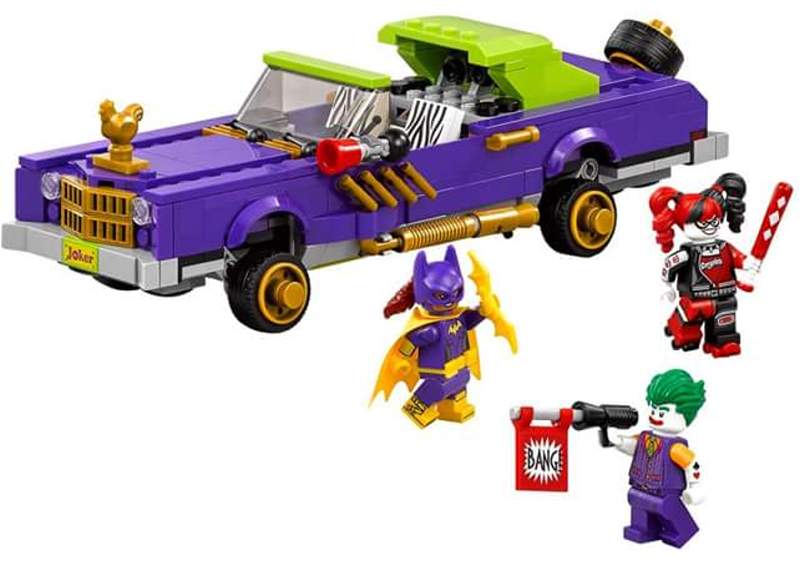 LEGO today unveiled two new LEGO sets based on the upcoming LEGO Batman Movie, that feature the new Robin, Batgirl, and… you guessed it, a new Batmobile.

The first set is The Batmobile that features Batman, Robin, Man-Bat, and the Kabuki Twins from the 2004 animated series, The Batman.  We’ve seen Batman and Man-Bat before, and though we have Robin in minifigure form, this one has a different hairstyle, and definitely a different pair of shorts.  If I didn’t already know Michael Cera was playing Dick Grayson, I would swear this is a Carrie Kelly figure.  While the Kabuki Twins are an interesting addition, it’s probably better to have new figures than release yet another Penguin, Bane, or Poison Ivy figure.  Now if we can only convince LEGO to stop with all the Batmobiles. It’s probably okay that we are getting a new Batmobile, as the Dark Knight will need it to chase down the Joker, who is getting his own Notorious Lowrider.  This set features a Joker with a very different hair piece than we’ve seen before, and we are getting a grittier Harley Quinn, too. The Batgirl is interesting as the minifigure sports the purple and yellow design made popular in the Batman ’66 series. No word on release date for the sets, but considering the LEGO Batman Movie arrives in theaters in February 2017, these two sets will either be available on the first of December or the first of January.

What do you think of the new sets?