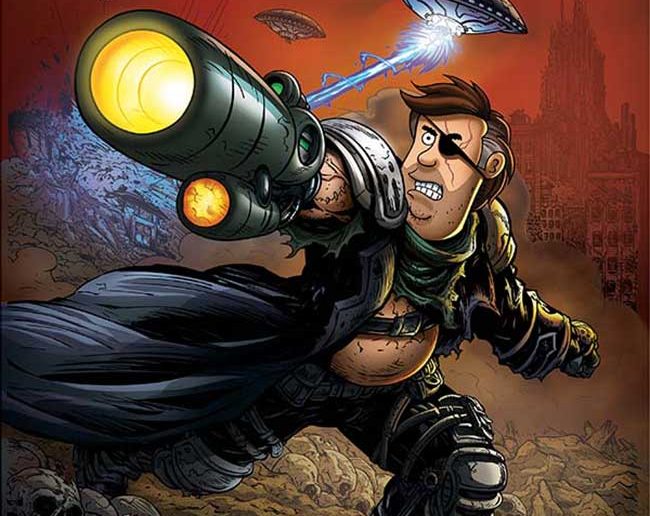 Brickleberry #1
writer: Waco O’Guin, Roger Black
artist: Timothy Hopkins
cover: Jeffrey Rebner
incentive cover: Jeffrey Rebner (B/W art)
FC • 32 pages • $3.99 • Mature
ArMOOgeddon”, written by co-creators Waco O’Guin and Roger Black, takes place in the distant future. We join Steve Williams, the only Brickleberry park ranger who managed to escape death at the hands of the Alien Cow Invasion. Future Steve, as he now calls himself, was captured, but escaped and has joined forces with a small group of human rebels in an underground hidden base. With the help Dr. Kuzniak, Future Steve must travel back in time to the year 2015 and kill head ranger Woody Johnson, whose actions led to the Invasion and the destruction of all humanity.
Brickleberry had a successful three season run on cable television, popular among males 18-24, and averaging 1.6 million viewers per episode. Brickleberry’s loyal fanbase still thrives on social media and they are hungry for the continuing adventures from Brickleberry National Park! 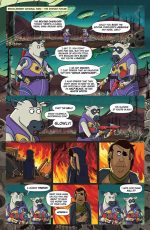 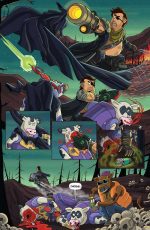 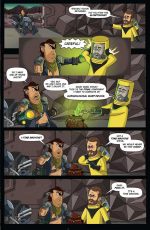 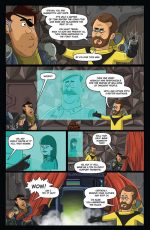 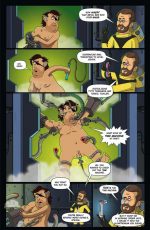 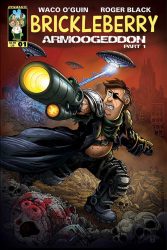