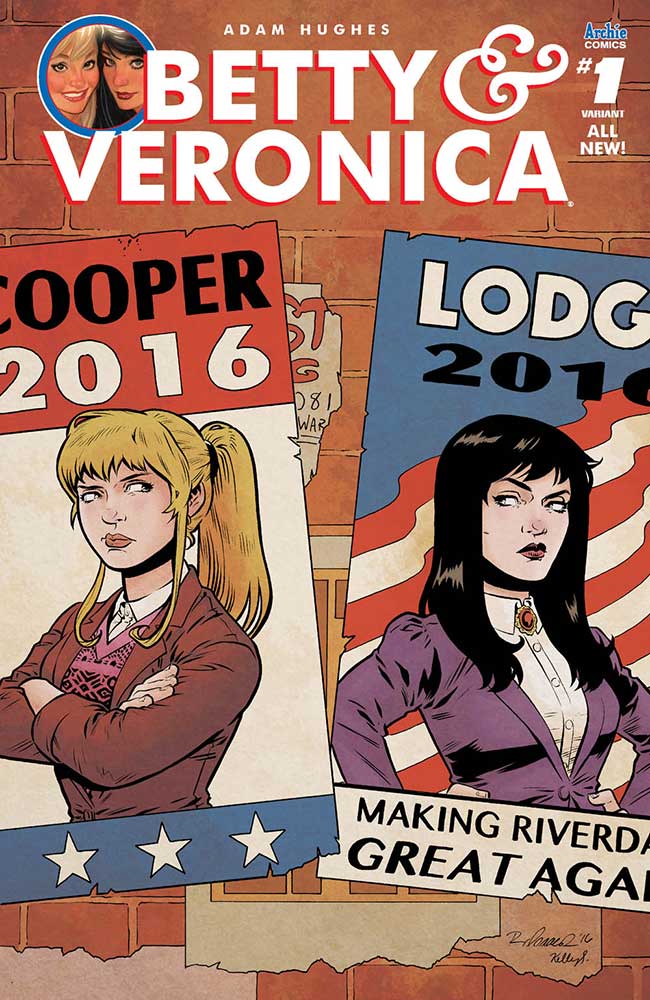 Betty and Veronica #1, written and illustrated by Adam Hughes  arrives in stores this week. Take the jump for an early look at the series that everyone is talking about.