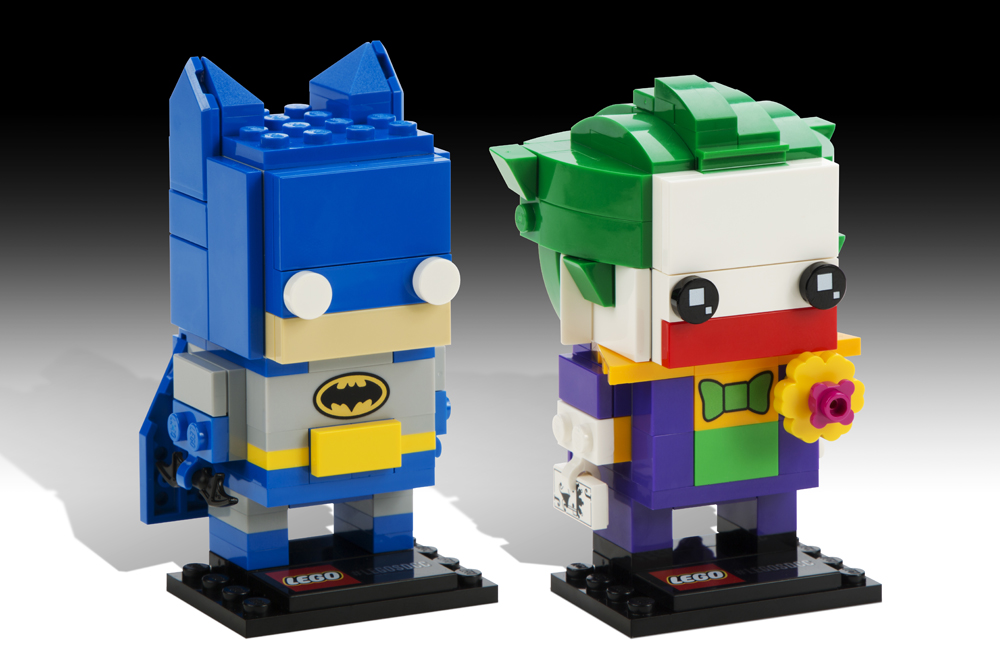 The LEGO booth is going to be crazy – CRAZY – at the San Diego Comic-Con this year. Why? They have several exclusive minifigures you’re gonna want to get your hands on.

From the DC side of the aisle comes DC’s Legends of Tomorrow’s Ray Palmer. The figure will be given away on Thursday and Saturday of Comic-Con, beginning at 12:30PM on the Pavilion Terrace upstairs of the convention center. The minifig comes with a removable helmet and a Palmer Tech baseplate.

The LEGO BrickHeadz figures won’t be available until 2017, but you’ll be able to get your hands on several sets at the convention. The sets include Batman and the Joker, Doctor Strange and Black Panther, Superman and Wonder Woman, and Captain America and Iron Man.

Finally, the must have minifigure that will end up going for hundreds of dollars on eBay next week is the Captain America Hydra figure. Now, before you jump up and down in glee thinking you are going to snatch these up, there is a catch.

LEGO will once again be distributing free mini-figures upstairs on the Pavilion Terrace, beginning at 12:30PM daily. There’s a limit of one drawing per person per day. Here’s this year’s known schedule:

If you want to get the BrickHeadz, you’ll have to participate in a random drawing to qualify to buy the sets, and you must buy them the day of the drawing or you will forfeit your chance to spend some money.

Now, if there are any Spoilerites, who want to get on our good list of awesome people, the top of my computer monitor has just enough space for Hyrda Captain America and Ray Palmer…. just sayin’.