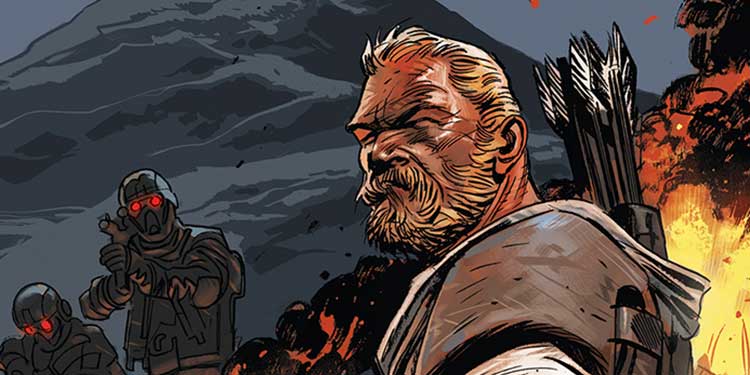 Ahead of its panels and presentations at the San Diego Comic Con, BOOM! Studios has announced Warlord of Appalachia by Philip Kennedy Johnson and Jonas Scharf.

The simmering tensions of a range of current issues, including religious liberties, gun control, and international concerns, boil over at the same time with a new president at the helm, causing a second U.S. Civil War. The New Confederacy is crushed but Kentucky holds out, not recognizing U.S. sovereignty. It is during this tense situation that Chess, the 13-year-old son of Kade Mercer—a mechanic, former National Guard medic, and former MMA fighter—is captured by forces sent by U.S. President Roth, causing Kade to rise up and become the first feudal warlord of Appalachia. BOOM! Studios sent us the cover for the first issue by Massimo Carnevale, and character designs by artist Jonas Scharf.