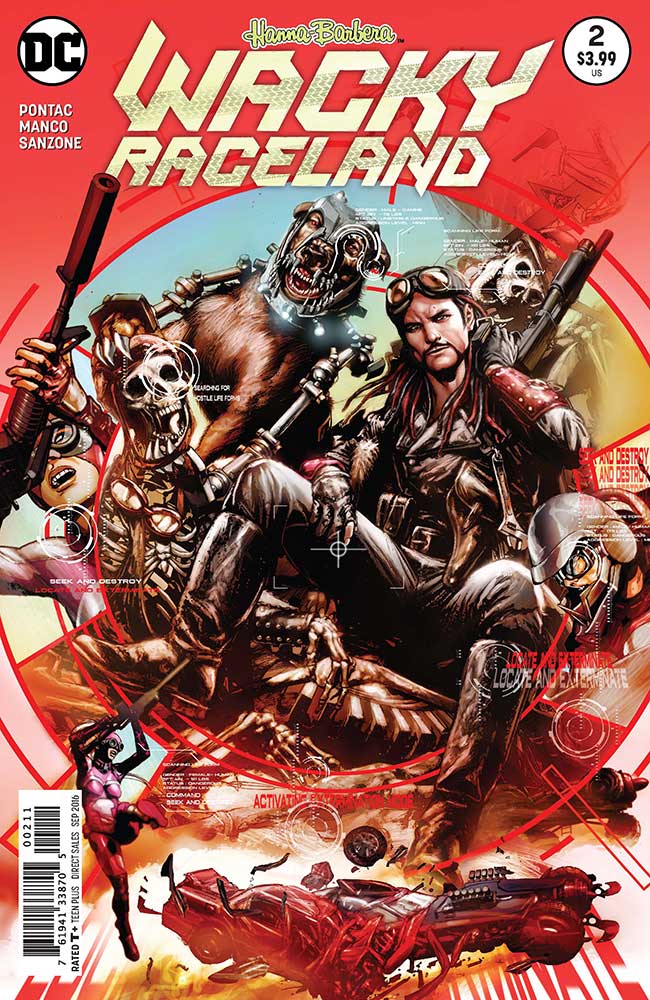 WACKY RACELAND #2
Writer: Ken Pontac
Artist: Leonardo Manco
As the Racers roar through the ruins of San Francisco, Dick Dastardly takes a detour that uncovers a shameful secret from his pre-apocalypse days. Dick has a difficult decision: repeat the mistake that shattered his past, or man up and do the right thing? But does Dick even know what the “right thing” means? Meanwhile, Peter, Penelope and the others face a swarm of flesh-eating nanites that threatens to strip them to the bones.