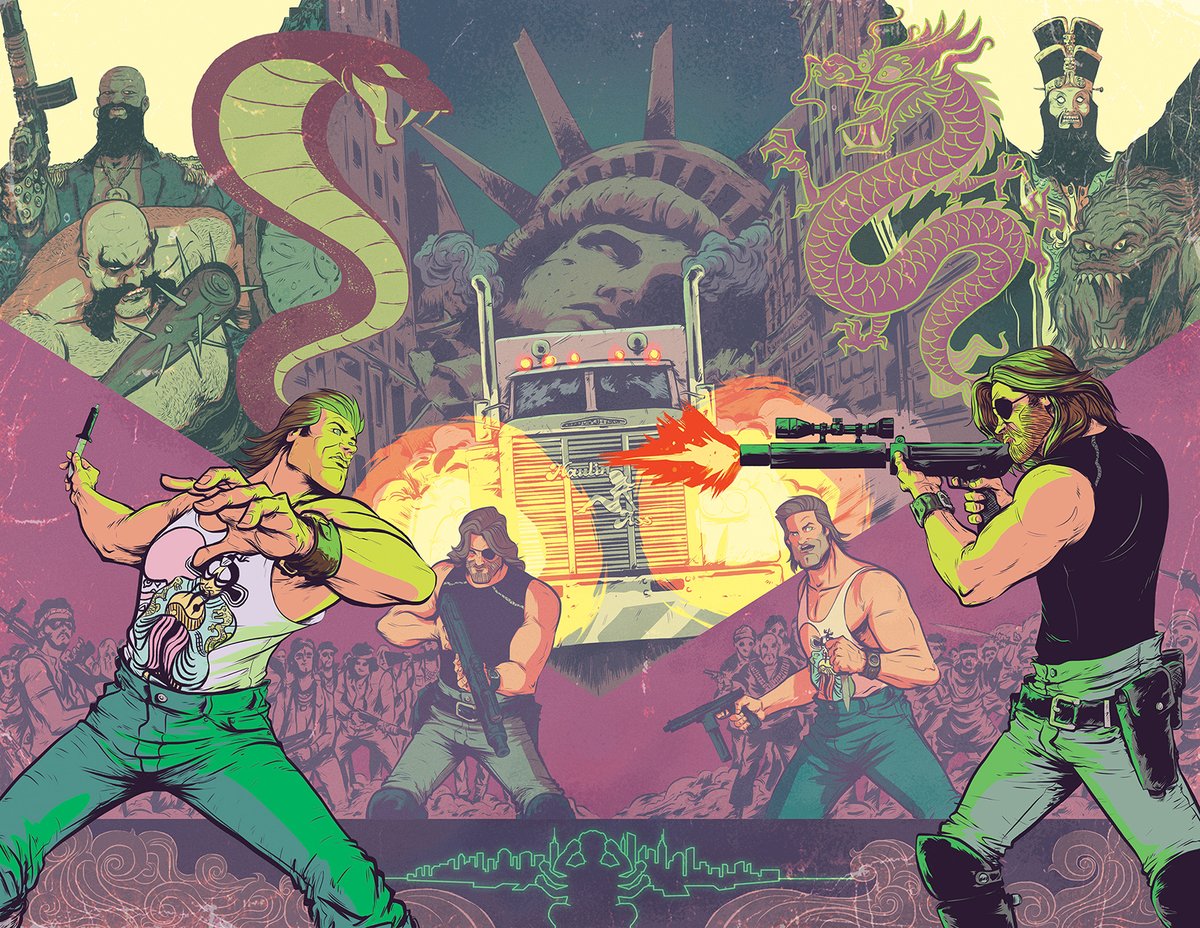 BOOM! Studios continues to unveil its big San Diego Comic Con announcements, and today, they may have won our hearts forever by announcing the Big Trouble in Little China/Escape from New York crossover mini-series.

That’s right: Jack Burton meets Snake Plissken in the most unlikeliest of team-ups that will shake the pillars of heaven! Written by Greg Pak (Totally Awesome Hulk, Action Comics) with art by Russ Manning Award nominee Daniel Bayliss (Kennel Block Blues, Translucid), the six-issue limited series is the first time two John Carpenter creations have crossed over in any format, and he’s excited about it!

There are two covers for the first issue, and connected together they form a pretty interesting mega image. Though I’m still spinning from this news, the biggest question in my mind right now is, “HOW! HOW ARE THEY GONNA DO THIS!?”

I guess this is why we will all be picking up Big Trouble in Little China/Escape From New York #1 when it arrives in October.