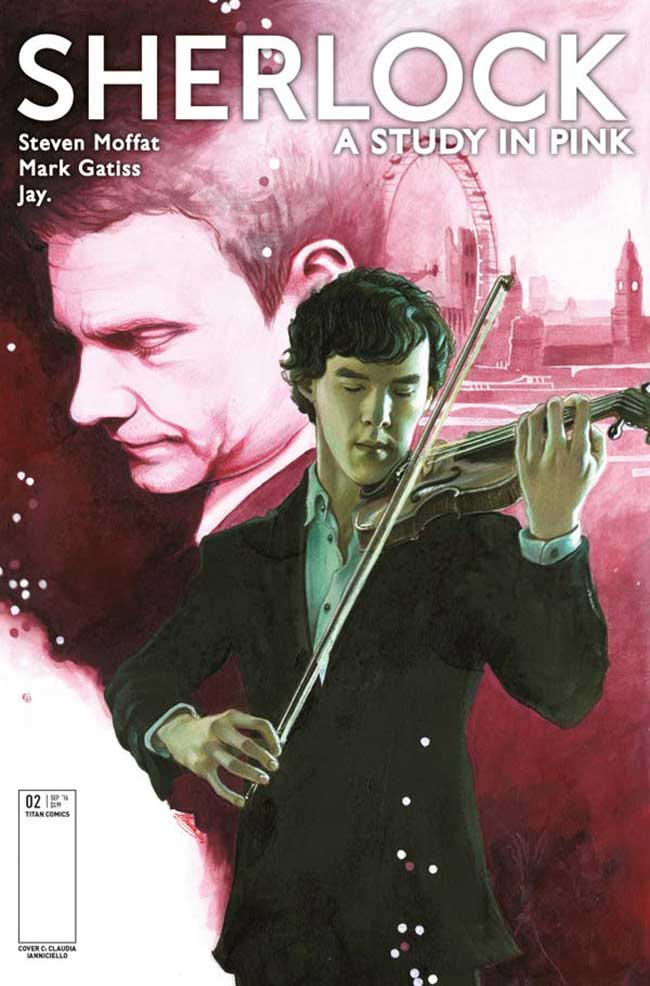 Titan Comics has released a sneak peek of Sherlock #2, the second chapter of A Study in Pink.

The Japanese SHERLOCK Manga continues in an all-new English edition, adapting the episodes of the smash-hit BBC America/Hartswood Films TV show! As Sherlock (Benedict Cumberbatch) and John (Martin Freeman) move in to 221B Baker Street and begin their tentative crime-solving partnership, the mystery of a citywide spate of ‘serial suicides’ remains – and Sherlock is dragged deeper into the depraved world of the killer!