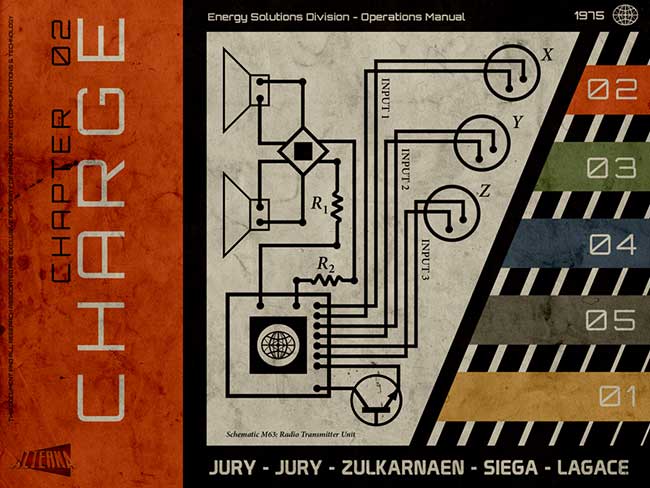 “This is our battleground.” The scientists at Comtech discover the truth behind Hotel’s sudden arrival, and their crucial mission. A never ending war wages in the distant future, and its outcome depends on their success. But can the Chief be trusted? And who’s really in Charge?

1975: trapped in a remote mountaintop research facility, scientists Jenson and Hobbs have made an amazing discovery. Just not the one they planned on. Now they must survive the night, and avoid being caught up in a future war between militarized corporations. And all before the machine’s next CHARGE. Dan Jury and Chris Jury craft a gripping story about the invention of time travel and the fight to survive it.