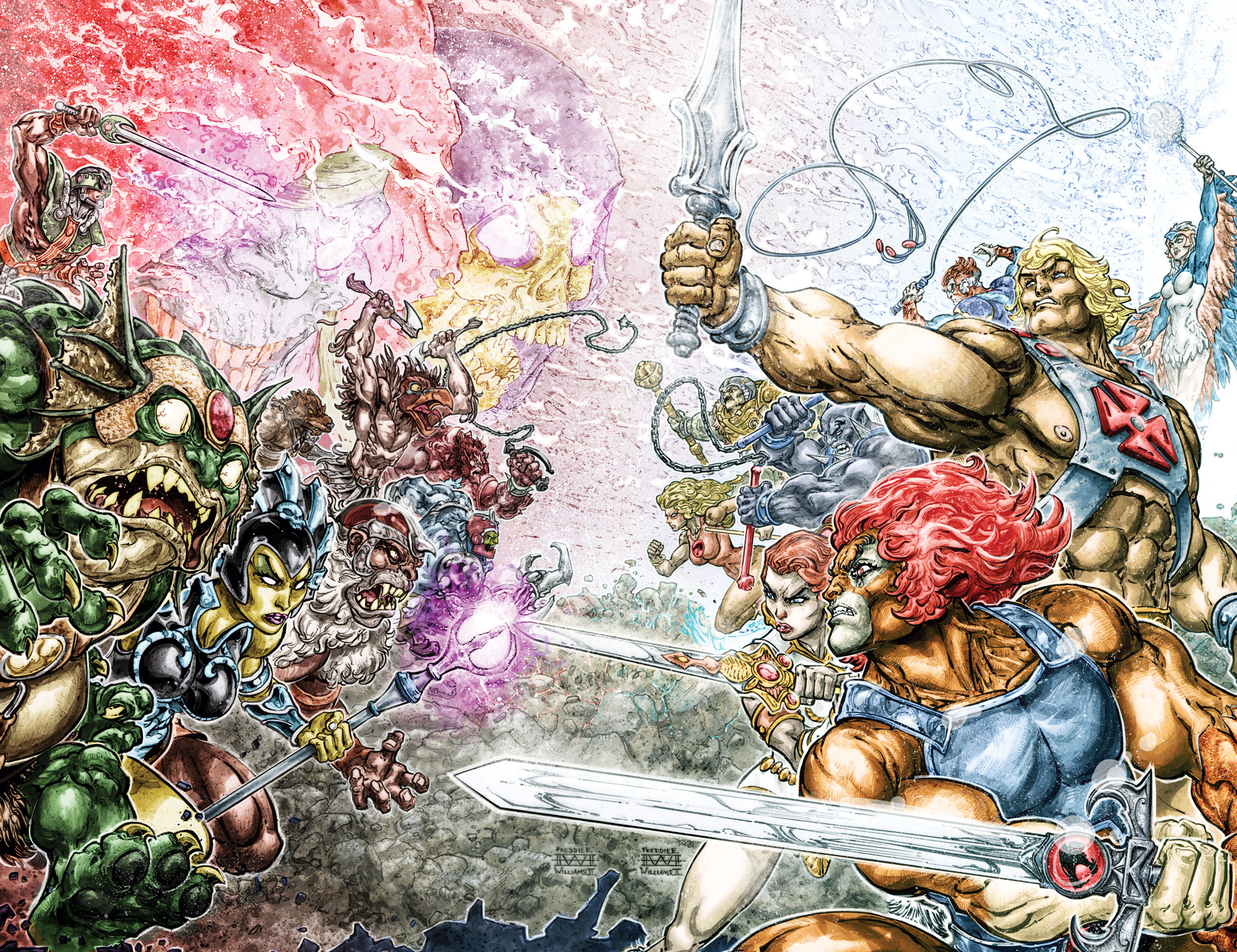 Fan of the Thundercats and He-Man and the Masters of the Universe are in for a treat this October when Mattel and DC Comics team to bring the two franchises together for the first time.

“The Masters of the Universe and the ThunderCats are both global phenomena, beloved by millions. Teaming them up for one enormous story will prove to be a publishing event that fans simply cannot miss. This is something that transcends both comic book and pop culture,” said DC Editor-in-Chief Bob Harras.

“For everyone out there who took different action figures and teamed them up to take on the world, this one’s for you,” said co-writer Rob David, who recently wrote the storyline for the critically acclaimed He-Man: the Eternity War, published by DC Entertainment in 2015.

In his eternal desire to destroy the mighty ThunderCats, the evil Mumm-Ra quests for a weapon that can rival the legendary Sword of Omens: He-Man’s Sword of Power! But his dimension-spanning scheme launches a cataclysmic crisis that will, for the first time ever, unite Lion-O, Cheetara, Tygra, Panthro, WilyKit and WilyKat with He-Man, Battlecat, Teela, Man-At-Arms and the rest of the Masters of the Universe.

It sounds like a pretty big undertaking, but as Lloyd Goldfine said, “You don’t wait 30 years and not go big!”

The first issue of He-Man/Thundercats arrives on October 5, 2016.