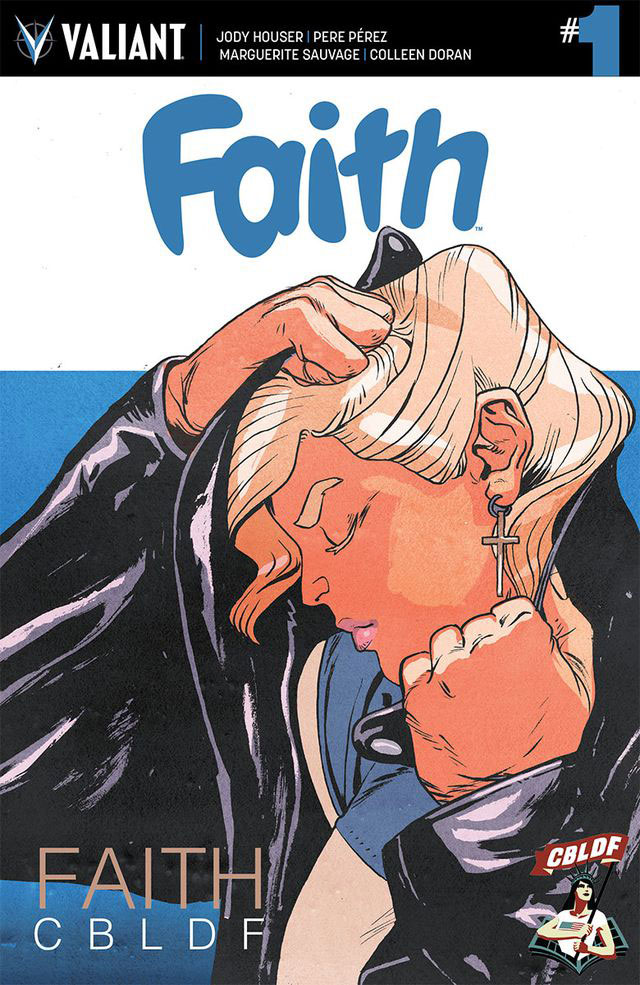 Faith has been a big hit at Valiant Entertainment, and the publisher is teaming with the Comic Book Legal Defense Fund to bring a Ronald Wimberly variant cover to the San Diego Comic Con.

The Wimberly variant cover will only be available at the CBLDF booth (#1918). All proceeds will directly benefit the First Amendment legal and educational work the Comic Book Legal Defense Fund does on a daily basis.