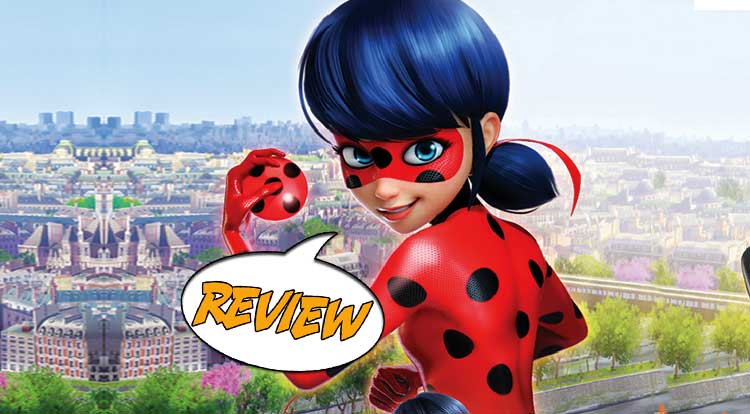 A teen hero in a Spider-Man vein, Marinette Dupain-Cheng at least has a less-creepy bug as her avatar.  But will it help her defeat the latest pawn of the nefarious Hawk Moth?  Your Major Spoilers review of Miraculous #1 awaits! Previously in Miraculous: From The Wiki: “Set in modern-day Paris, the series focuses on teenager Marinette Dupain-Cheng and her classmate and crush Adrien Agreste.  When evil arises, Marinette transforms into her secret superhero persona Ladybug, while Adrien transforms into his superhero persona Cat Noir, using powerful objects known as the Miraculous.  Oblivious to each other’s true identities, the two work together to protect Paris from the mysterious villain Hawk Moth, who covets and attempts to steal their powers by using his akuma, butterflies infused with black energy, to influence and transform everyday citizens into supervillains.”  So what’s happening this week?

DUNNO WHY THERE’S NO SUN UP IN THE SKY

Some years ago, Otter Disaster and I identified a phenomenon regarding television, with an unwieldy name that is nonetheless perfectly self-descriptive: “I’ve never seen this show, but… This is the one I’ve seen.”  This issue is an adaptation of the first episode of the source cartoon, ‘Miraculous: Tales of Ladybug & Cat Noir’, wherein we meet Marinette already in progress.  Her crush on Adrien is showcased (including a charming moment where she predicts their marriage, three kids, cat and dog), we see her burgeoning fashion design education, and get a real sense of the character and how she interacts with the world.  We also discover a young woman named Aurore, who has lost an American Idol-style competition to become the next new weather girl, and has instead been empowered by Hawk Moth as the newest villain of Paris, Stormy Weather!

The art here is computer generated, just like the cartoon, which means that everyone is perfectly on-model and recognizable (which is a major concern with a licensed product.)  Still, as with any fumetti-type comic book, it can occasionally make the action feel a little stiff or overly posed, but the story-telling on display here is quite solid.  The fact that this issue is nearly 70 pages for just $3.99 is also a big plus for me, and the whole premise of the series is a charismatic one, reading like a modern gender-swapped Spider-Man story.  Ladybug is clever, the story entertains, and the designs are bold and beautiful.  (No, not the soap opera.  Shush, I’m workin’ over here.)  Given the madness that is Nickelodeon’s scheduling algorithm, this is a good way for fans to get their Ladybug fix or for a new reader to get into the series for the first time.

Discovering that this issue is an adaptation of the cartoon was a little disappointing, but the quality of the material and the skill with which it has been adapted overcame that quickly.  Add to that equation the fact that it’s classic comic-book fare, and there’s no downside to this package, leaving Miraculous #1 with a well-deserved 3.5 out of 5 stars overall.  The producers have indicated that Seasons 2 and 3 have been greenlit, so we will hopefully be getting more TV Ladybug in the future, and I hope to see some original Ladybug adventures in the comics as well…

Well-adapted from a series that is clever, well-written and well-designed. It's a win/win situation...