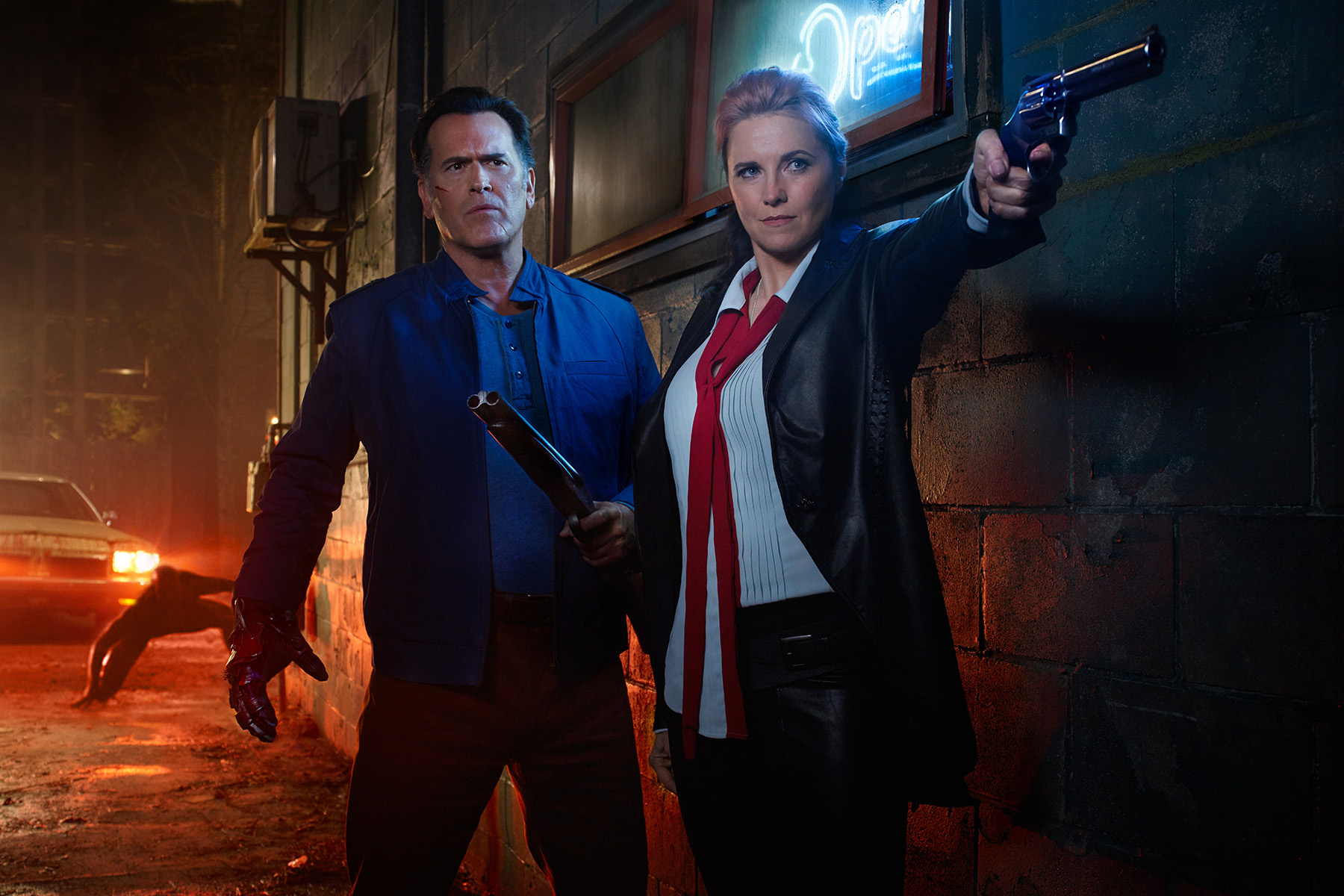 The first season of Ash vs Evil Dead was a great, gory mess on the Starz network. Season 2 is just around the corner, and the first trailer has arrived!

The cast is led by Bruce Campbell (Evil Dead, “Burn Notice”) in the role of Ash Williams; Lucy Lawless (“Salem,” “Spartacus”) as Ruby, who now possesses the powerful Necronomicon; Ray Santiago (“Touch,” Meet the Fockers) as Pablo Simon Bolivar, Ash’s loyal sidekick dealing with the trauma he suffered in the cabin; and Dana DeLorenzo (A Very Harold & Kumar 3D Christmas) as Kelly Maxwell, who, grief-stricken after the death of her parents, plots revenge against The Evil Dead.

The second season will also be ten episodes long, and will kick off in October!