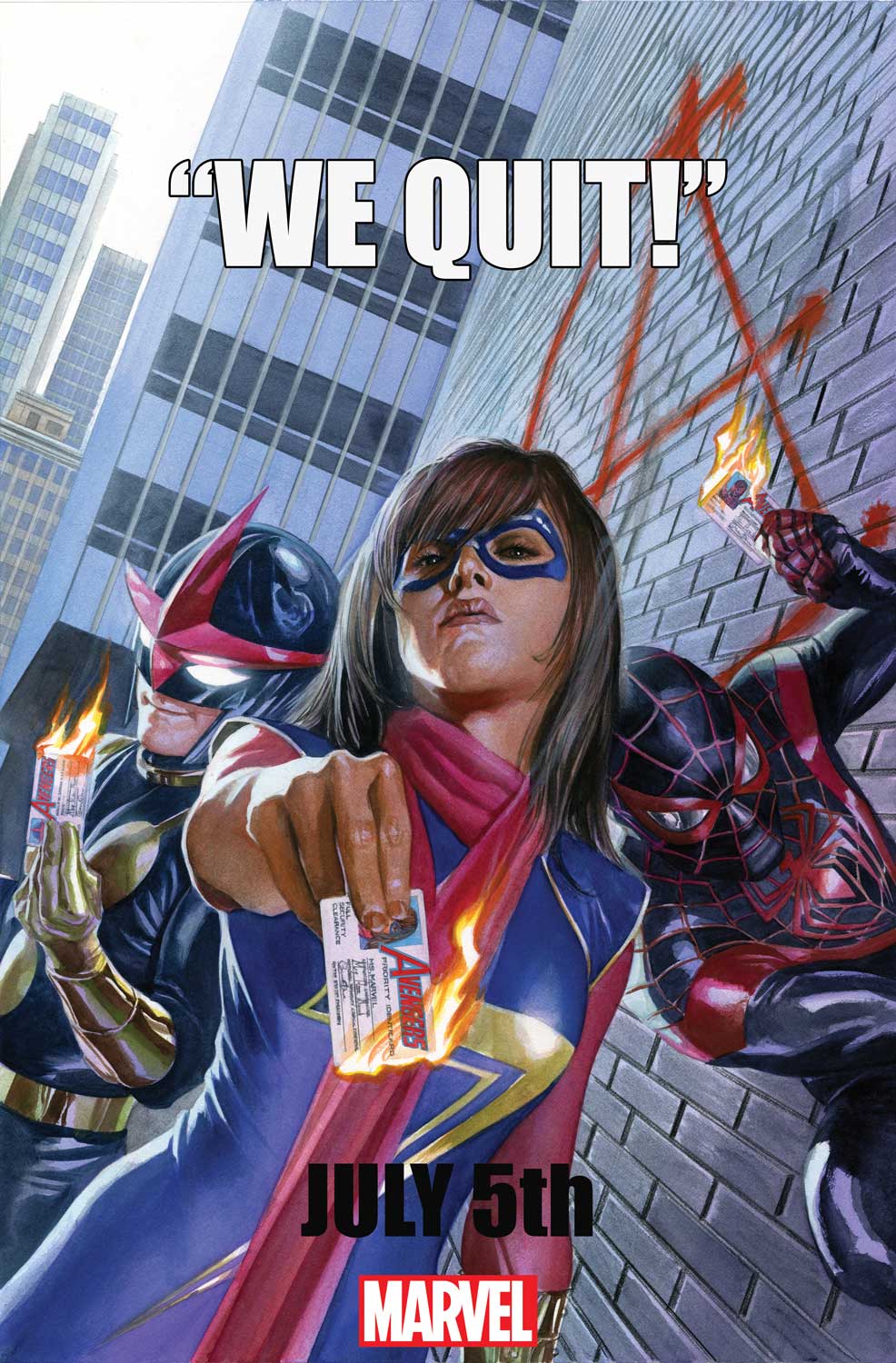 Well the big Marvel NOW! reveal came to a head yesterday when young members of the Avengers burned their membership card.

Then, late yesterday, Marvel sent us the jumbled cut up teaser image that was just begging for us to unscramble it.

But… We were deep in a recording session of #criticalhit and by the time we got around to opening Adobe Photoshop, Previews World had already done the heavy work.

So… The heroes are fighting each other once again? Right after Civil War II? I thought the heroes were supposed to fight the bad guys, not each other.

Maybe there is something I’m missing in this announcement, but I really hope we aren’t spinning into another “my ideology is better than your ideology” arc. It also looks like there is greater diversity on the right than on the left.