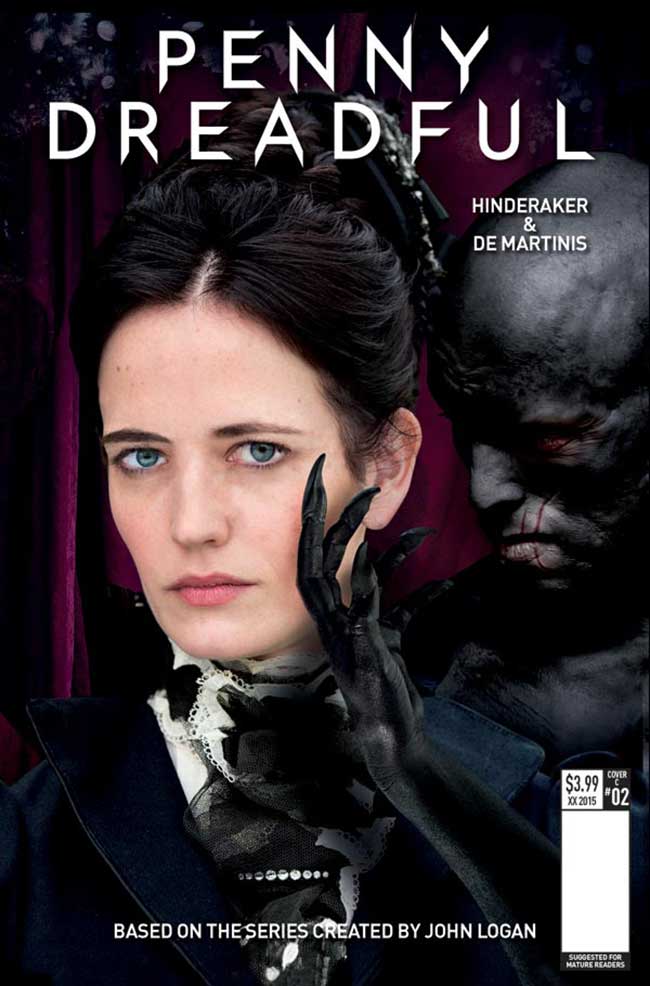 Check out this first look at Penny Dreadful #2 from Titan Comics.

PENNY DREADFUL #2
Story: Krysty Wilson-Cairns, Andrew Hinderaker & Chris King
Script: Krytsy Wilson-Cairns
Artist: Louie De Martinis
FC – $3.99 – 32pp – On sale: Jun 29
The horrifying truth of Mina’s disappearance is revealed to Vanessa, Sir Malcolm and Sembene, and they realize they face a foe that exists outside anything they’ve encountered. As they frantically regroup, they learn they are not the only ones with a score to settle with the monster in their midst…