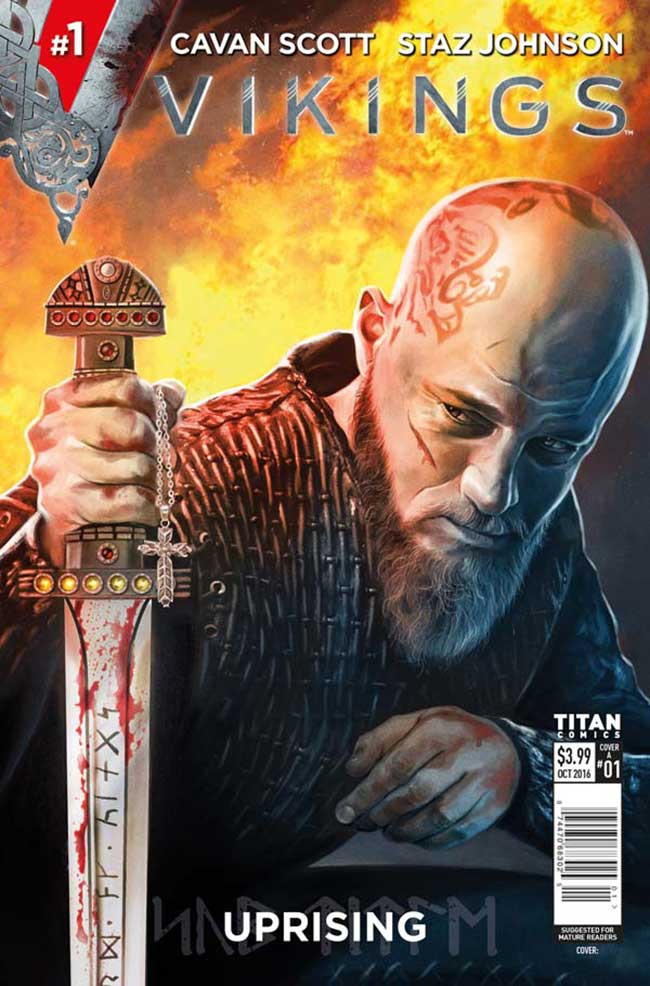 The first Vikings comic book series based on the show on the History channel was popular enough that it sold out at the distributor level. Now Titan Comics is back with Vikings: Uprising.

If you are done for more in-continuity Viking adventures, Vikings: Uprising #1 is set to arrive on September 14th.

Psst…Hey, you. Yes, you, Dear Reader. I haven’t seen the television show, is it as good as everyone says it is? Please use the comment section below to share your thoughts on the show, and on the comic book series. Thanks so much!