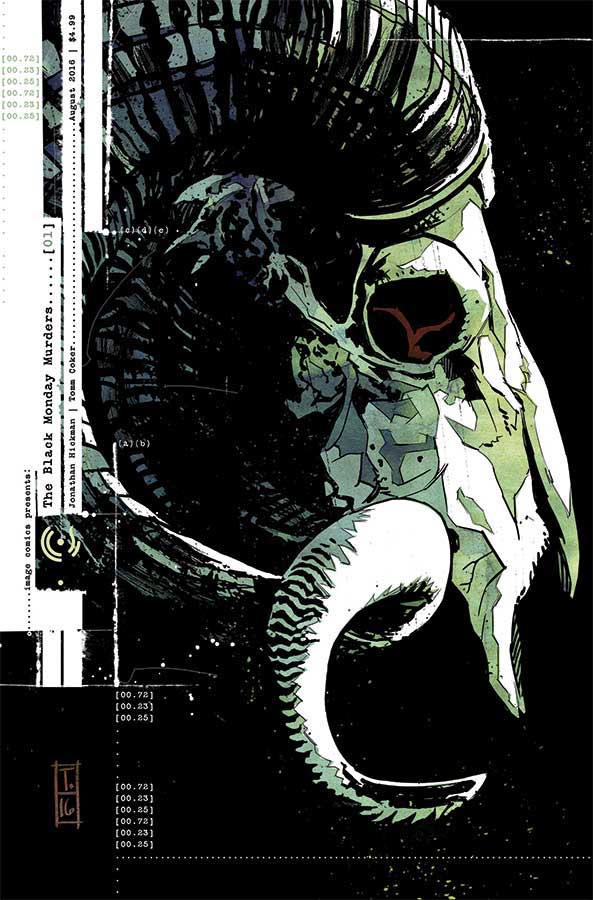 THE BLACK MONDAY MURDERS is classic occultism where the various schools of magic are actually clandestine banking cartels who control all of society: a secret world where vampire Russian oligarchs, Black popes, enchanted American aristocrats, and hitmen from the International Monetary Fund work together to keep ALL OF US in our proper place.

“I’ve gotten to work on some pretty interesting books over the past few years,” said Hickman. “This is, by far, the most proud I’ve been. I can’t wait for people to read it.”

THE BLACK MONDAY MURDERS is a story about the power of dirty, filthy money… and exactly what kind of people you can buy with it.