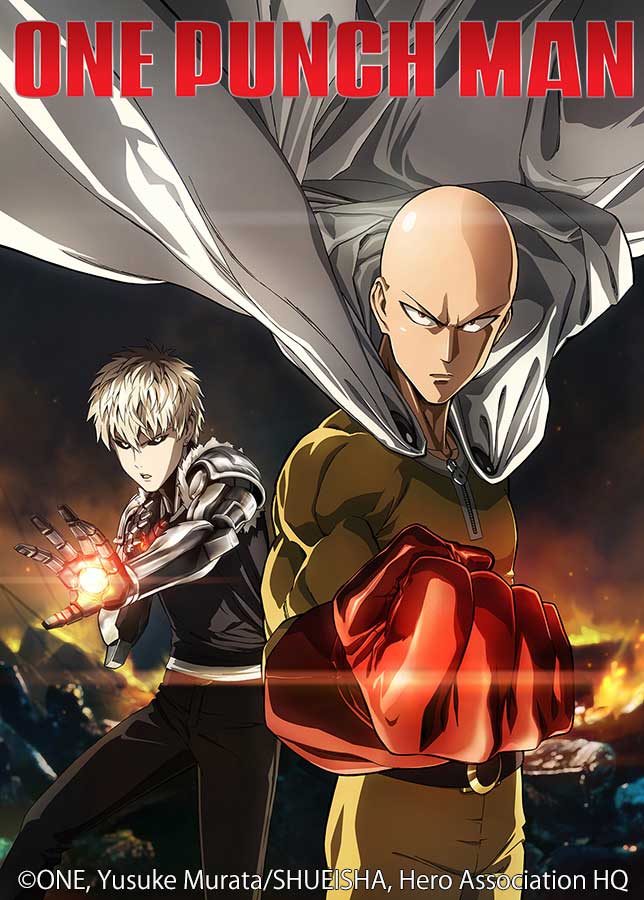 VIZ Media, LLC (VIZ Media), a premier company in the fields of publishing, animation distribution, and global entertainment licensing, has announced its participation at the upcoming Licensing Expo 2016. Licensing Expo 2016 is the world’s largest and most influential annual licensing industry event and takes place June 21st – 23rd at the Mandalay Bay Convention Center in Las Vegas, NV. VIZ Media will be located in Booth #K226.

During the convention, the company will showcase a variety of titles from its extensive catalog of anime properties. VIZ Media is currently developing an original animated series based on the endearing Japanese children’s property, GAKKIMALS, and is also the North American master licensee for the ONE-PUNCH MAN anime series, which is based on the bestselling manga series (also published by VIZ Media) about an average-guy-turned-superhero with an extraordinarily powerful punch! VIZ Media actively oversees the licensing and development of a comprehensive range of products based on a wide array of celebrated properties across several key consumer categories. The company is the longstanding master licensee for the NARUTO SHIPPUDEN series in North and Latin American. The company further serves as the North American master merchandise licensee for products based on the HUNTER X HUNTER, JOJO’S BIZARRE ADVENTURE and TERRAFORMARS anime series.

Properties VIZ Media will highlight at Licensing Expo 2016 include:

GAKKIMALS combines the evergreen appeal of music and animals into a vibrant environment that inspires early childhood learning. Welcome to the wonderful adventures of the GAKKIMALS, where madcap mash-ups of musical instruments and animals combine to bring happiness and harmony to their fun-filled world. VIZ Media has acquired the production and licensing rights to develop an original animated series based on the original concept created by the Japanese production duo, PecanNuts. The series will be produced under license from ShoPro, a subsidiary of three of Japan’s largest publishing houses, Shogakukan Inc., Shueisha Inc. and Hakusensha Inc.

In the smash ONE-PUNCH MAN, nothing about Saitama passes the eyeball test when it comes to superheroes, from his lifeless expression to his bald head to his unimpressive physique. However, this average-looking guy has a not-so-average problem – he just can’t seem to find an opponent strong enough to take on! Every time a promising villain appears, he beats the snot out of ’em with one punch! Can Saitama finally find an opponent who can go toe-to-toe with him and give his life some meaning? Or is he doomed to a life of super-powered boredom?

Hunters are a special breed, dedicated to tracking down treasures, magical beasts and even other people. But such pursuits require a license, and less than one in a hundred thousand can pass the grueling qualification exam. Those who do pass gain access to restricted areas, amazing stores of information and the right to call themselves “Hunters.” Can Gon, a country boy, follow his father and join their ranks?

The legendary Shonen Jump classic (latest season currently streaming) is a groundbreaking series with multiple story arcs whose creation has already spanned 25 years. It’s famous for outlandish characters, wild humor and frenetic battles. Join the Joestar family as they fight the evil Dio and his legacy across continents and time!

Created by Masashi Kishimoto, NARUTO was first introduced in Weekly Shonen Jump magazine in Japan in 1999 and quickly became that country’s most popular ninja manga properties. The manga series (rated ‘T’ for Teens, in print and digital editions) and animated counterpart (NARUTO and NARUTO SHIPPUDEN) are some of VIZ Media’s most successful titles and have captivated millions of fans across North America, Europe and South America.

A sci-fi drama set in the far future when humanity seeks to resolve Earth’s growing overpopulation problem by terraforming Mars as their second home! Five hundred years later, the United Nations Aeronautics and Space Administration sends out an expedition team to explore this new world. But an unintended side effect of the terraforming process has unleashed a horror no one could ever have imagined: the planet has become infested with Terraformars, man-sized cockroaches that prey on humans. Now humanity must bring together all its scientific resources and power to counter this monstrous threat, or face total extinction.

For additional information on these as well as other anime and manga titles distributed and published by VIZ Media, please visit www.VIZ.com.