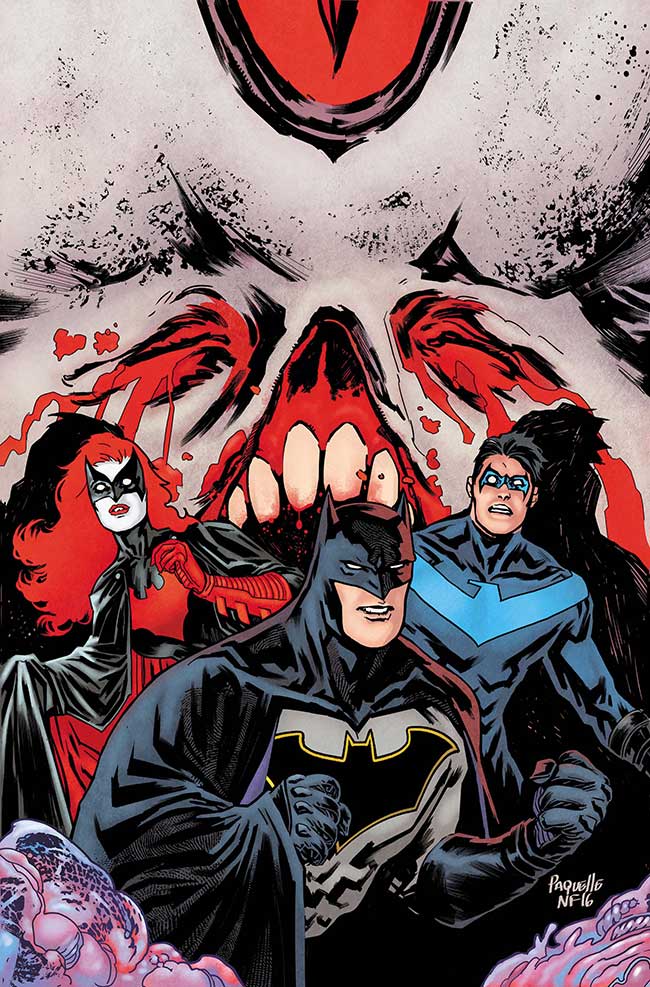 It didn’t take long, the crossover event series are now stomping their way into DC Comics rebirth books, and it kicks off in September with the Night of the Monster Men.

The six-part event will span Batman, Nightwing, and Detective Comics, as the heroes prepare for a massive storm, while keeping a horde of monsters at bay.

Here’s a breakdown of the solicitations for September:

Night of the Monster Men – September Part One – BATMAN #7
On sale September 21
Co-Written by Steve Orlando and Tom King
Art by Riley Rossmo
As a huge storm approaches, Batman, Batwoman and Nightwing try and prepare Gotham City for the worst, but nothing can prepare the heroes for the enormous monsters rampaging through the streets! Batman will need all of his allies to unite in order to stop these mad science monsters from tearing Gotham apart! Part Two – NIGHTWING #5
On sale September 21
Co-Written by Steve Orlando and Tim Seeley
Art by Roge Antonio
The Monster Men are stomping their way through Gotham City! How can the Bat-team take on both these monsters and the storm of the century? And when Nightwing goes behind the scenes to discover where these monsters originated, what he finds lurking in the shadows might be worse than the monsters themselves! Part Three – DETECTIVE COMICS #941
On sale September 28
Co-Written by Steve Orlando and James Tynion IV
Art by Andy MacDonald
Batman and Batwoman take to the streets in a motorcycle death race against a monster that transforms faster than either of them can keep up! And at Blackgate Prison, something truly terrifying is growing in the prison’s darkest depths… and its eggs are hatching!

The Monster Men, you say?

Those who have been longtime fans of Batman know that Matt Wagner told a tale of Batman and the Monster Men in 2006, which in itself was a follow up to a story developed in Batman #1 from 1940.

This story is intended to depict the first time Hugo Strange is involved in creating violent giants out of human patients.

The series also featured Sal Maroni, Julie Madison (Bruce Wayne’s love interest in the early days of comics). along with the ghost of the Red Hood from Batman and the Mad Monk mini-series.

With Hugo Strange appearing in Gotham, could this be the start of another Strange tale?