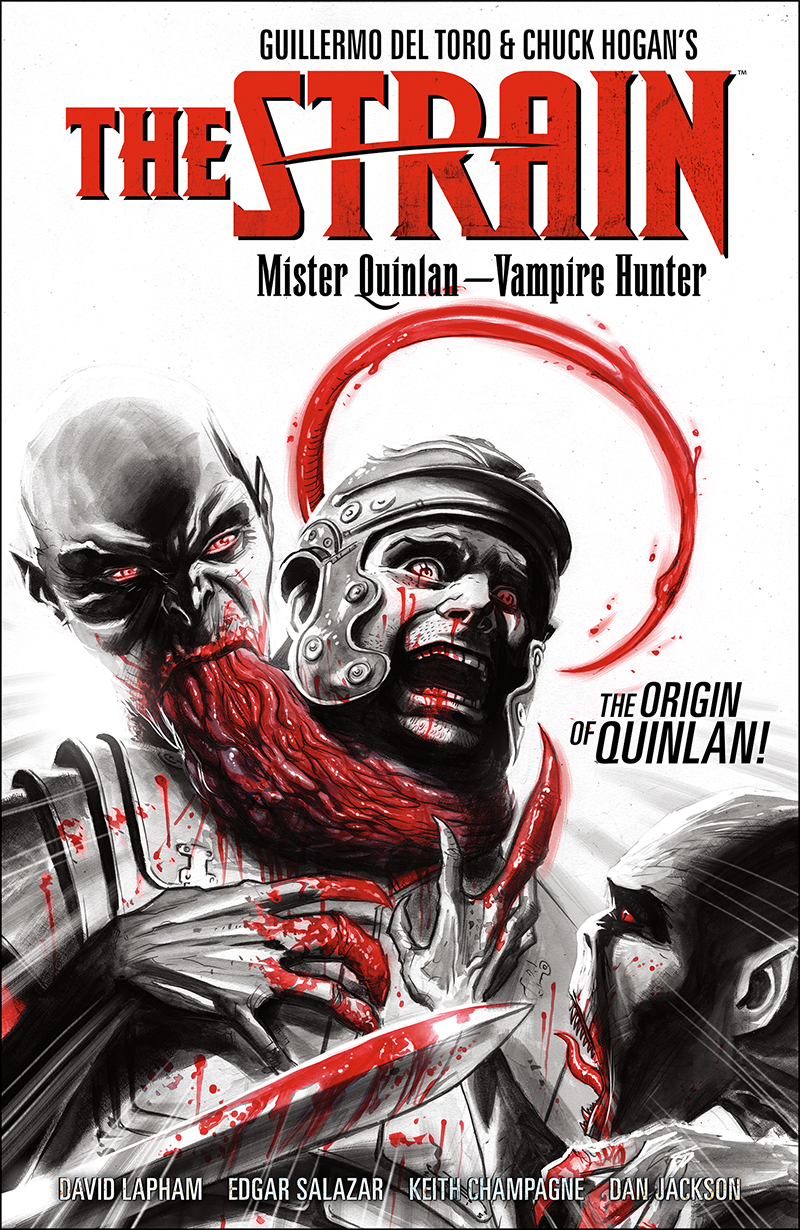 Fans of The Strain from Dark Horse Comics will finally discover the origins of Mr. Quinlan, the series vampire hunter, in The Strain: Mister Quinlan – Vampire Hunter.

A vampiric abomination seeks to destroy the monster that sired him. Born as a mistake of a powerful vampire known as the Master and raised in the brutal gladiatorial arenas of ancient Rome, Mr. Quinlan must survive long enough to carry out his mission when his target begins hunting him.

The Strain: Mister Quinlan – Vampire Hunter is a five issue mini-series written by David Lapham with art by Edgar Salazar, and is set to arrive in stores on September 14th.