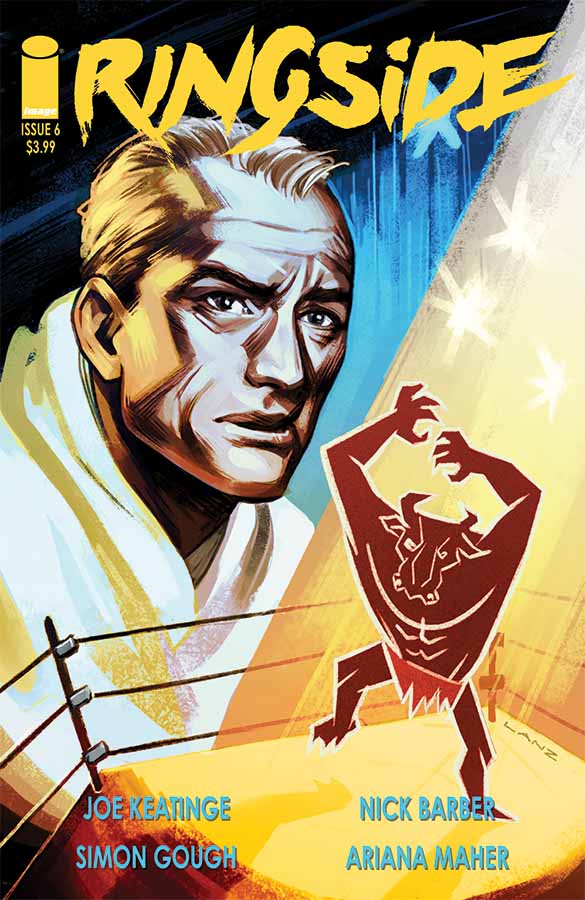 Joe Keatinge and Nick Barber continue their Ringside series in August with a new story arc. In RINGSIDE #6, former professional wrestler Danny Knossos has made a Faustian pact to save the life of his beloved, but as his new arrangement crosses over with his past life in the ring, he’s in for more than he ever bargained for. Danny’s got what he’s always wanted, but now the true work begins…and he may not make it to the end.

“Ringside’s first act is entitled ‘Kayfabe,’ after the wrestling term meaning the scripted ‘reality’ of what happens in the ring and dealt, in part, with the different realities we build around ourselves,” said Keatinge. “The second is entitled ‘Work,’ which goes into the wrestling terminology meaning anything which is planned to happen, ‘working a crowd,’ but quickly delves into how hard it is to maintain false narratives and, in turn, the devastating consequences of their hidden truths.”