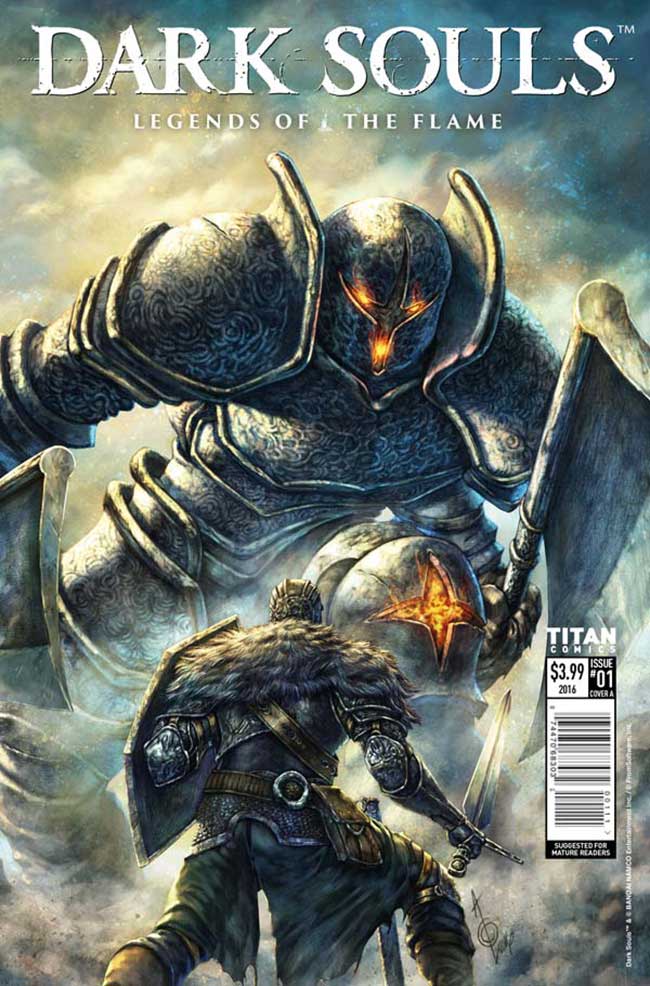 Titan Comics are excited to announce that following the sell-out smash success of Dark Souls #1 and 2, Dark Souls is returning to comics for a brand-new, action-packed anthology series!

Scheduled to hit stores and digital platforms on September 14, Dark Souls: Legends of the Flame #1 builds on the reverent lore of BANDAI NAMCO Entertainment’s critically lauded video game franchise and features some of the comic industry’s brightest talents.

Dark Souls III was released in April to critic and fan fervor; it remains one of the Top 10 popular games globally and it is now the fastest selling game in the franchise. Titan’s comic series sold out of Issue #1 on its first day of release and is currently on a third printing.

Retailers can order issue #1 of Dark Souls: Legends of the Flame from the July edition of Diamond PREVIEWS. This all-new anthology series is sure to delight old and new fans alike! Fans can find their nearest comic store at ComicShopLocator.com.