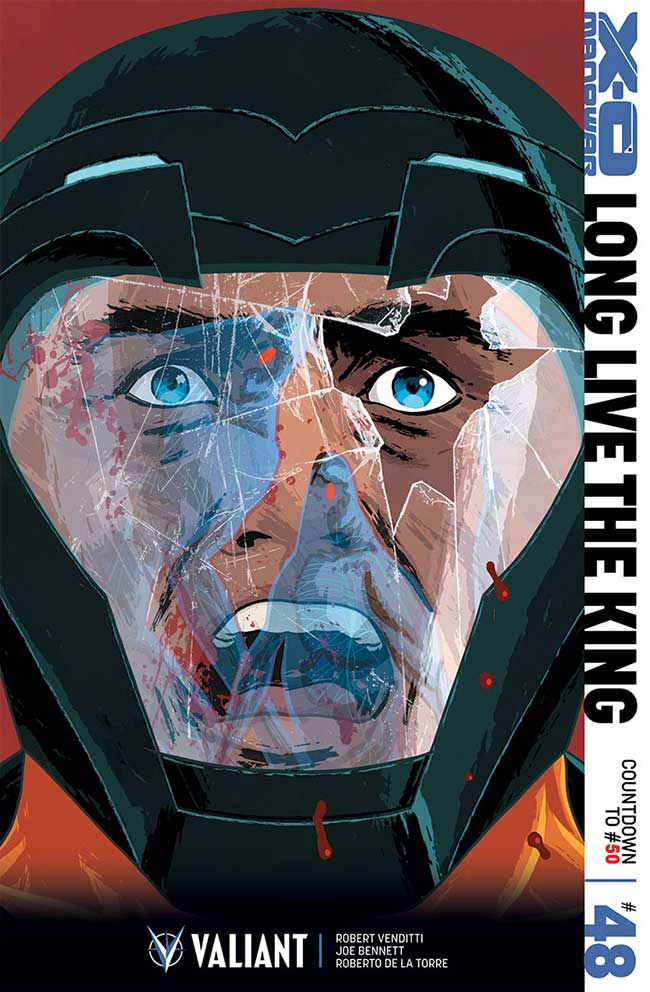 [Preview] Here is your first look at X-O Manowar #48

The Long Live the King arc of X-O Manowar continues in X-O Manowar #48. Valiant Entertainment sent Major Spoilers a sneak peek of the issue that arrives in July.

X-O MANOWAR #48 (“LONG LIVE THE KING” – PART 2)
Written by ROBERT VENDITTI
Art by JOE BENNETT and ROBERTO DE LA TORRE
Cover A by KANO (MAY161869)
Cover B by PHIL JIMENEZ (MAY161870)
Cover C by KHOI PHAM (MAY161871)
Variant Cover by DIEGO LATORRE (MAY161872)
Variant Cover by THONY SILAS (MAY161873)
Variant Cover by SERGIO DAVILA (MAY161874)
$3.99 | 32 pgs. | T+ | On sale JULY 27
They’re here! The Torment – a world-devouring race older than history itself— has arrived on Earth. And now, all that stands between our existence and complete extermination is Aric of Dacia, heir to the Visigoth throne and wielder of the X-O Manowar armor! But as the Torment unleash a wrath unlike anything the galaxy has seen, even Earth’s most powerful protector will find himself hopelessly outmatched. With humanity standing on the brink of extinction, X-O Manowar must turn to his greatest adversary for help…the cunning, but savage Commander Trill!