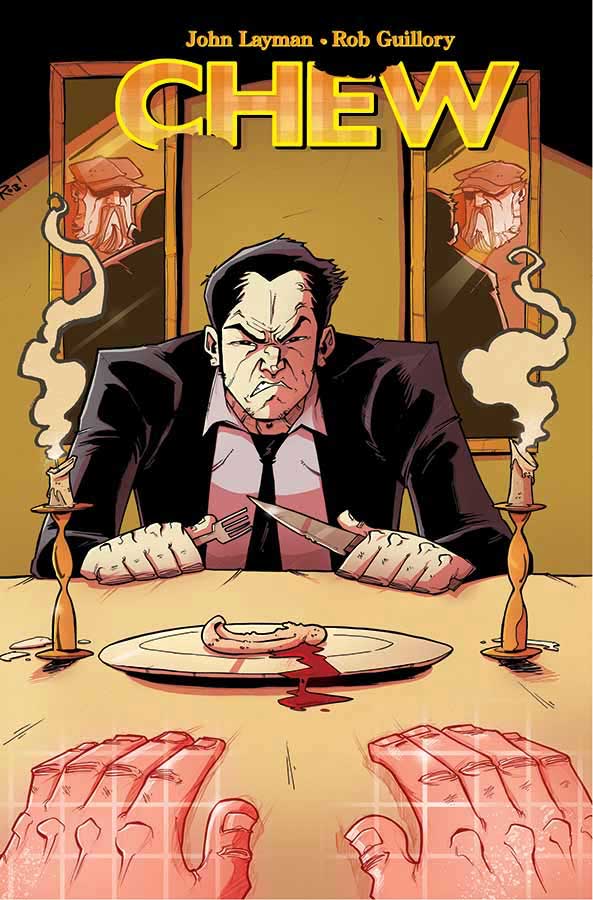 [Solicitations] The final Chew story arc kicks off in July

Chew has long be a favorite series at Major Spoilers, and it is just about to come to an end.

“Hard to believe we’ve come to the end of things, but here we are, five issues of CHEW left, and we’re now plunging headlong into our last and most consequential storyline.” said Layman. “Every issue is a goodbye, and there’s a great many characters who won’t make it to the end. We’re grateful for everybody who has been along with Tony Chu and friends on his 60+ issue journey, and we’re doing our damnedest to send him and the rest of his cast off in a very consistently-CHEW fashion. As the noted thespian and philosopher Shia LaBeouf once said (probably), ‘what a long, strange trip it’s been.’”

It has been a very interesting ride, and though the series will be missed, I think some series really work best when they evolve naturally and have an end goal to work towards.  Chew debuted in June 2009 and was created by John Layman and Rob Guillory.