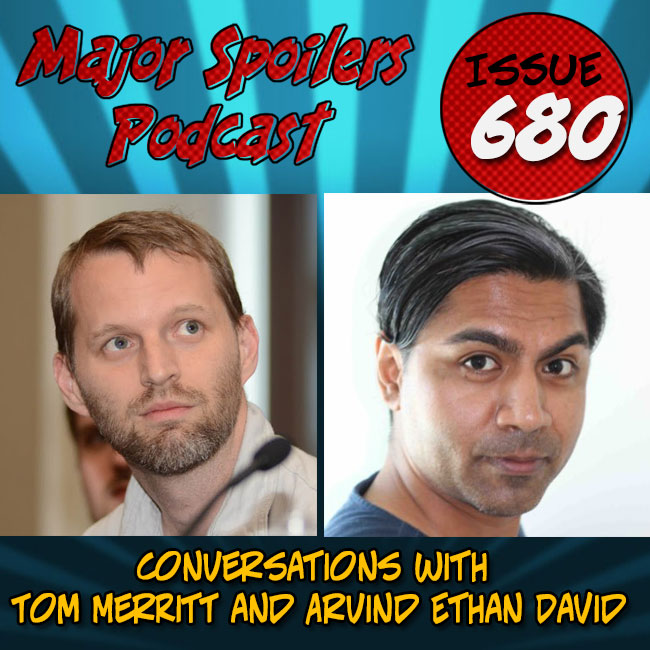 This week on the Major Spoilers Podcast: Tom Merritt stops by to talk about time travel and his upcoming book Pilot X, and then we are joined by Producer Arvind Ethan David, who talks with Stephen about Dirk Gently, the upcoming BBCA series, and the IDW Publishing mini-series. Tom Merritt is a technology journalist, writer, and broadcaster best known as the host of several podcasts, including the Daily Tech News Show, Sword & Laser, and Cordkillers. Tom is also the author of Pilot X. What would happen if a time traveler lived in a world where time could not easily be changed and if it was changed, it might destroy everything but himself?

Pilot X just wants to fly a time ship. Specifically the Verity. But the Guardians of Alenda, rulers of his people, throw him in the middle of a time war. When he makes peace they don’t seem pleased. In fact, his own people treat him like the enemy.

You can find out more about this book (and others) at TomMerrittBooks.com Arvind Ethan David is a film producer, known for producing The Infidel in 2010. He is also a fan of Douglas Adams, and has produced plays, comic books, and an upcoming BBCA television series, based on Dirk Gently’s Holistic Detective Agency.