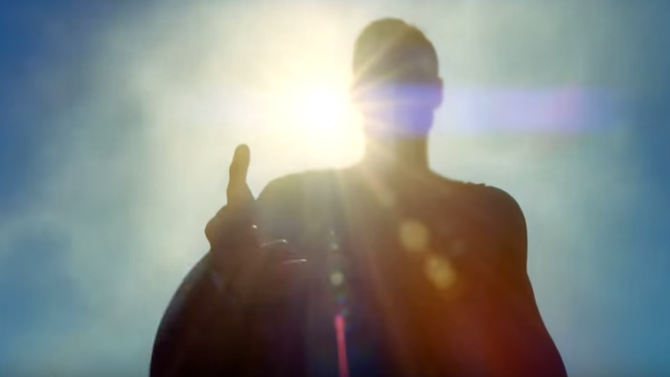 [Television] Superman is coming to Supergirl

With the move to The CW, Supergirl is looking for a Superman to share some screen time.

During the first season of the show, Superman was always seen in shadow, from behind, or a pair of boots on a table, but that’s not the case for Season 2.

Executive producer Andrew Kreisberg released a statement on behalf of the show’s producing team, which includes EPs Greg Berlanti and Ali Adler. “Greg, Ali and I are beyond thrilled to welcome Clark Kent and his slightly-more-famous alter ego to the world of ‘Supergirl,’” Kreisberg said. “Superman will be appearing in the first two episodes of the new season and we cannot wait to see who next dons the red cape!”

I wonder who will be cast as the Man of Steel? Will they convince Henry Cavill to make an appearance? Will they use the Shemp who was playing Superman in the first season? Do I need to get in a man girdle and hope the phone rings this afternoon?

While the addition of Superman will finally allow the show to breathe more, I wonder if Superman will overshadow his cousin or if she will be able to step out from behind that big shadow? And if Superman is coming to Supergirl, does that mean we’ll get to see Superman, Supergirl, Martian Manhunter, Flash, Arrow, and the Legends of Tomorrow team up? Is the Legion of Superheroes just around the corner?