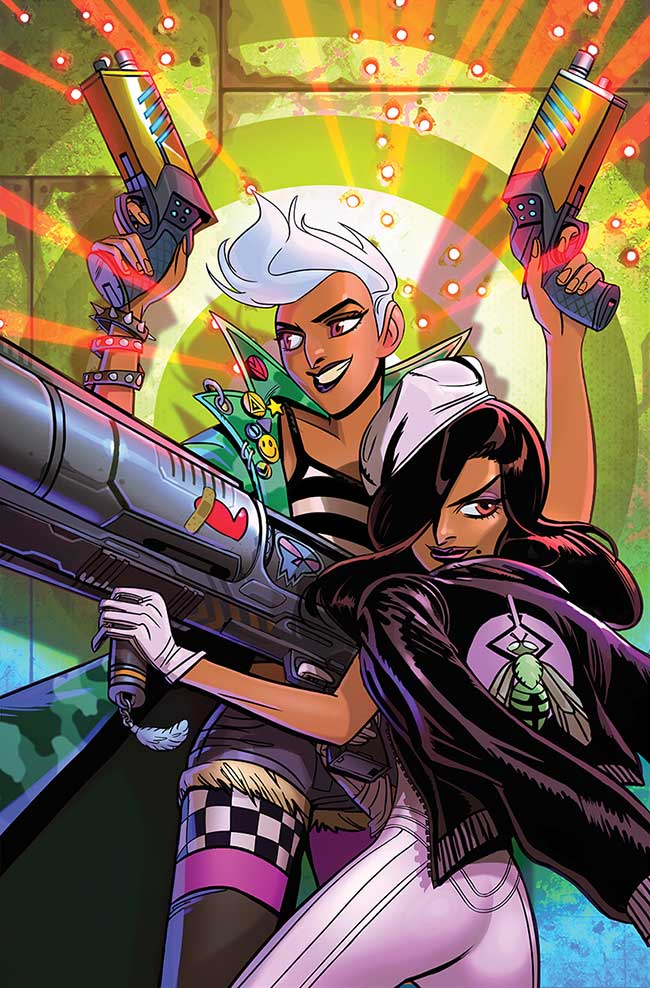 While Rat Queens is on hiatus, Kurtis Wiebe is busy with other projects, including Bounty #1 that arrives on July 6th. Dark Horse sent a sneak peek of the issue to check out, after the jump.

BOUNTY #1
Writer: Kurtis Wiebe
Artist: Mindy Lee
The Gadflies were the most wanted criminals in the galaxy. Over the years, they’d stolen from the galaxy’s most evil corporations and redistributed their ill-gotten gains to the less fortunate. Doing so earned them a reputation as the roughest outlaws in the universe—with a bounty to match! Now, with the law closing in on them, the Gadflies are forced to abandon their bandit personas in favor of a new career as bounty hunters . . . ’cause if you can’t beat ’em, join ’em—then rob ’em for all they’re worth!