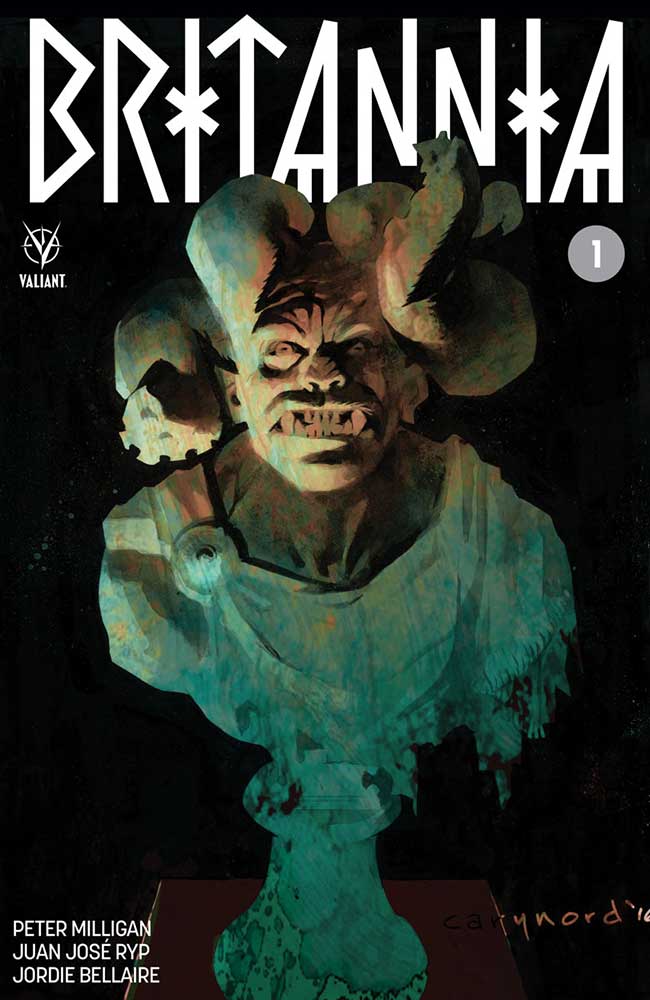 Valiant has released the first images from the upcoming Britannia #1 (a four issue mini-series), that is part of the new Valiant Prestige format series.

BRITANNIA #1 (of 4)
Written by PETER MILLIGAN
Art by JUAN JOSE RYP
Cover A by CARY NORD
Cover B by LEWIS LAROSA
Variant Cover by ANDRES GUINALDO
Variant Cover by RYAN LEE
Variant Cover by DAVE JOHNSON
Blank Cover Also Available
Ruled by the Fates. Manipulated by the Gods. Commanded by Caesar. In the year 65 A.D., one’s destiny was not his own. At the height of Nero’s reign, a veteran of Rome’s imperial war machine has been dispatched to the farthest reaches of the colonies to investigate unnatural happenings… In the remote outpost of Britannia, Antonius Axia – the First Detective – will become Rome’s only hope to reassert control over the empire’s most barbaric frontier…and keep the monsters that bridge the line between myth and mystery at bay…

Britannia #1 is set to arrive in stores in September and will have a $3.99 cover price for the 32-page issue.