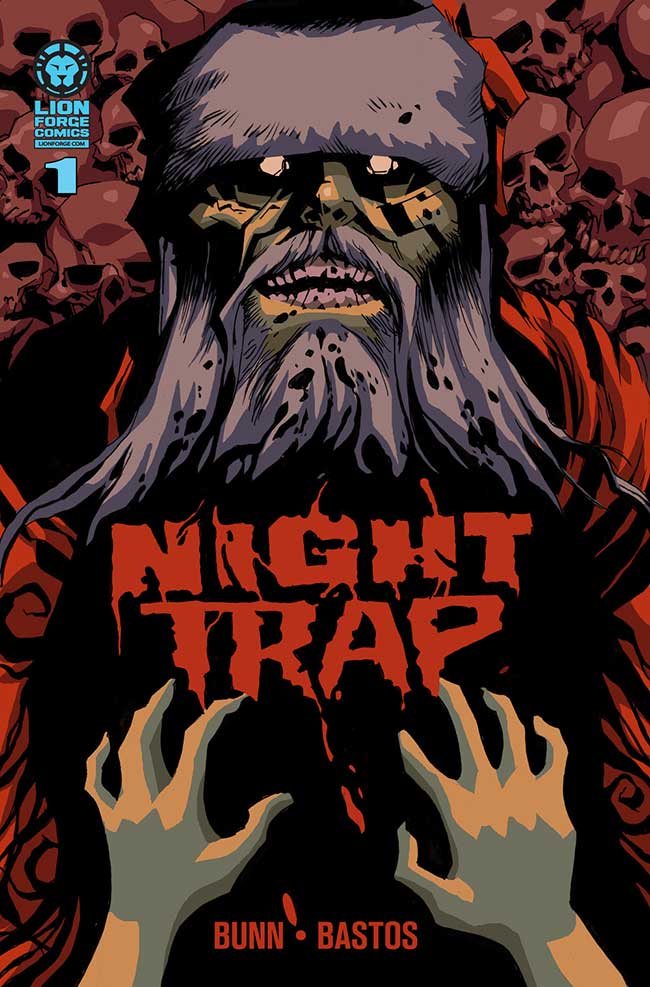 NIGHT TRAP #1
Writer: Cullen Bunn
Artist: JB Bastos
Cover Price: $2.99
Publisher: Lion Forge Comics
Hoping for some weekend relaxation and fun, a group of college kids rent a beautiful back country lake house. Unfortunately for them a vicious serial killer known as The Trapper got there first and turned the area into a death trap. The gang quickly realizes thereís no escape, but just as suddenly finds a secret weapon of their own: a trauma buried deep in Kellyís past thatís now screaming to the surface. The Trapper always thinks three steps ahead, but even he doesnít know whatís coming next. NIGHT TRAP is a brutal, page-turning, and wholly unexpected tribute to the glory days of ë80s slasher movies.