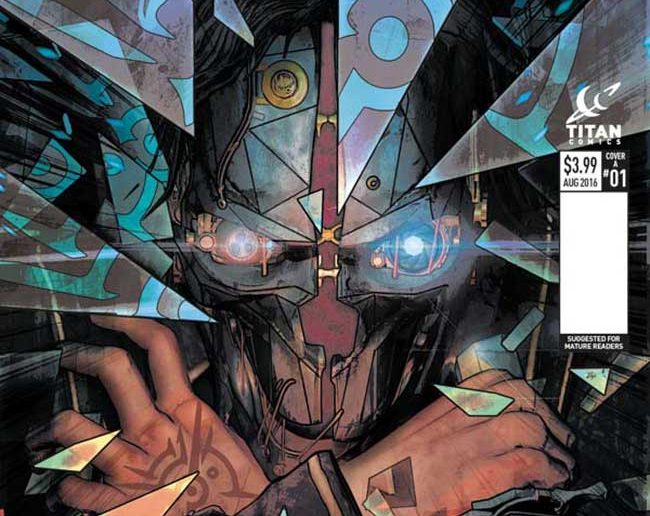 Titan Books and Bethesda Softworks are delighted to announce a multi-platform publishing partnership for Dishonored 2, the next chapter in the award-winning Dishonored saga by Arkane Studios.

This exciting multi-platform publishing programme from Titan Books and the Titan Comics divisions includes three original novels, an all-new new four part comic mini-series, and a graphic novel collection that will bridge the story of events between Dishonored, the first-person action blockbuster and winner of more than 100 ‘Game of the Year’ awards including the BAFTA for ‘Best Game of 2012’, and the upcoming highly-anticipated new instalment to the series, Dishonored 2.

The first official Dishonored tie-in comic in the series from Titan Comics will release in August 2016. Three additional instalments in the comic series will follow, releasing in September and October. The series will be collected together for a graphic novel, which will be available in November 2016.

The city of Dunwall; whaling capital of Gristol and industrial hub of the Empire of the Isles.

Twelve years have passed since Corvo Attano scuppered the Lord Regent’s duplicitous plot against the crown and cleared his name of the Empress Jessamine’s murder.

Now a little older and perhaps a little wiser, Corvo sets his sights on the future and securing an apprentice to continue his legacy.  But when confronted by an impossible face from his past, the supernaturally-gifted assassin finds himself drawn once again into an otherworldly conspiracy, one that threatens to shake the very foundations of his ancient city.

Series writer Gordon Rennie is a stalwart of the UK comic scene whose writing credits include the original series, White Trash, as well as his work for cult magazine, 2000 AD, on iconic characters and properties, including Judge Dredd and Rogue Trooper. Rennie is joined by artists Andrea Olimpieri (pencils/inks) and Marcelo Maiolo (colourist) whose art credits include Batman Beyond for DC Comics and Old Man Logan for Marvel Comics. 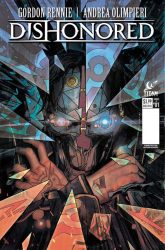 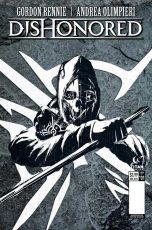 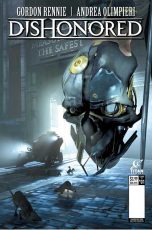 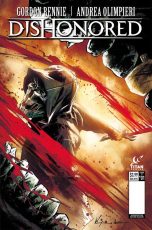 Titan Books will publish Dishonored – The Corroded Man in September 2016, the first in a series of three books by Adam Christopher. The first book will be followed by two forthcoming novels, scheduled to be released in 2017, that will continue the adventures of the game’s protagonists – Corvo Attano and Emily Kaldwin.

Dishonored – The Corroded Man takes place following the events of Dishonored, Arkane’s blockbuster action-adventure game, which released in 2012 to huge critical and commercial success, and bridges the story through to the highly-anticipated Dishonored 2

Adam Christopher is a novelist, comic writer, and award-winning editor. The author of The Burning Dark and the LA Trilogy and co-writer of The Shield for Dark Circle Comics, he has also written original tie-in fiction for the Elementary television series, including Elementary – The Ghost Line, a current Scribe 2016 award nominee.

Fans of the acclaimed Dishonored game franchise will be delighted to be able to immerse themselves further than ever before into the game’s world with Titan Books and Titan Comics providing the perfect companion material to the exciting next instalment of the game.

Dishonored 2 is slated to release worldwide on Friday, November 11, 2016 for the Xbox One, PlayStation® 4 computer entertainment system and PC. Play your way as a supernatural assassin in a world where mysticism and industry collide. Will you choose to play as Empress Emily Kaldwin or the royal protector, Corvo Attano? Will you make your way through the game unseen, make full use of its brutal combat system, or use a blend of both? How will you combine your character’s unique set of powers, weapons and gadgets to eliminate your enemies? The story responds to your choices, leading to intriguing outcomes, as you play through each of the game’s hand-crafted missions.

Dishonored 2 has not yet been rated by the ESRB. For more information on Dishonored 2 visit: www.dishonored.com.

Bethesda Softworks, part of the ZeniMax Media Inc. family of companies, is a worldwide publisher of interactive entertainment software. Titles featured under the Bethesda label include such blockbuster franchises as The Elder Scrolls®, DOOM®, QUAKE®, Fallout®, Wolfenstein®, Dishonored®, The Evil WithinTM, Prey® and RAGE®.  For more information on Bethesda Softworks’ products, visit www.bethsoft.com.

Arkane Studios – with offices in Lyon, France and Austin, Texas – was founded in 1999 and has earned an enviable reputation for creating distinctive games with detailed, immersive worlds. Their most recent release of Dishonored, the innovative first-person action game,  launched in 2012 to worldwide critical-acclaim receiving over 100 ‘Game of the Year’ awards from the industry’s most influential outlets.

Titan Books is a leading publisher of Film, TV and Game tie-in fiction and art books, as well as publishing a robust original fiction list specialising in SF, Fantasy, Horror and Crime. Titan Comics publishes trade paperbacks and graphic novels in the UK and North America. The extensive front and backlist catalogue includes prestigious licensed characters and properties, including Batman, Doctor Who, Superman, Tank Girl and The Simpsons, as well as acclaimed creator-owned series such Bloodthirsty: One Nation Under Water and Man Plus.