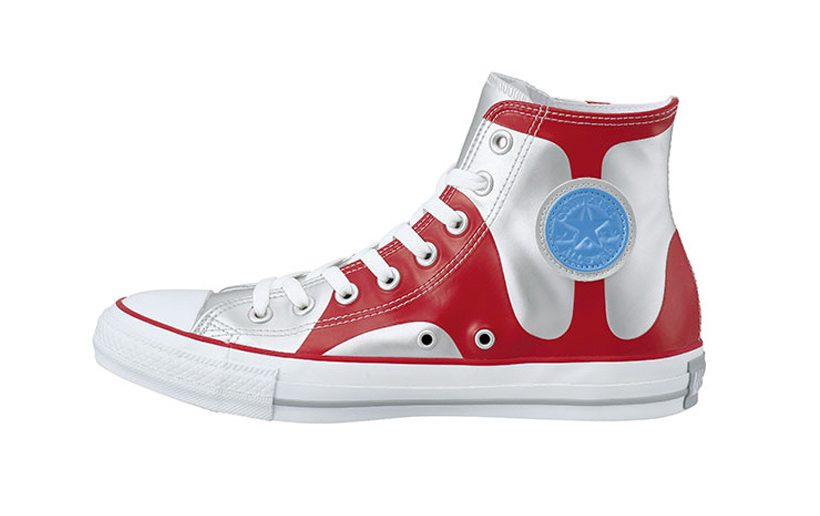 Ultraman turns 50 years old this year, and Converse is helping celebrate the giant robot fighting man in monster suit action with a pair of All Star shoes inspired by the series.

The All Star Ultraman R HI features the body parts of Ultraman across the entire upper, with a blue patch (right side) and an asymmetric red patch (left side) as a reminiscent of the color timer.

Unfortunately, the All Star Ultraman shoes are only available in Japan, with each pair in the series selling for $80-$90.

Ultraman aired for less than a year in Japan, and though the series inspired and lead to many other famous shows, it is still relatively obscure in areas outside of Japan. Still, I kind of want a pair. Do they come in 10.5 Wide?